B.C. experiments with tech that blocks handheld use while driving

Insurance Corporation of British Columbia said March 2 it is “working with 139 drivers” in the province on a pilot project intended to block the use of their handheld devices while driving. The project was originally announced on Nov. 28, 2107. 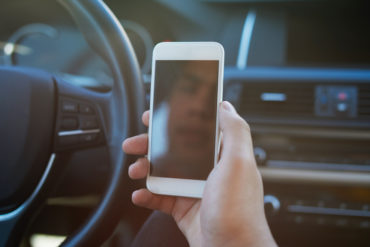 One is Baton Rouge, La.-based Cellcontrol, which makes a product for commercial fleet managers and is designed to prevent employees from talking, texting or emailing on their wireless devices while driving. The other is Keeping Roads Safe Technologies Inc. of Nova Scotia.

The Keeping Roads Safe product “is powered by your vehicle so when your vehicle is shut off the app is off,” Milner said.

With both technologies, a telematics box “triggers” an app on the motorist’s phone so that he or she cannot use it while driving – except to make emergency 911 calls.

“If you needed to use a handheld you would have to pull over to the side of the road and indicate that you were no longer driving,” Milner said.

Brokers “are keen to see some of these pilots attempted,” Chuck Byrne, executive director of the Insurance Brokers Association of B.C., said Tuesday.

The trial is like an “extended focus group,” Milner said.

Users can identify technical aspects that they do not like, and ICBC will take the information from the trial and “develop a recommendation about how we move forward,” Milner added.

In addition to the telematics-based app for drivers, ICBC also said March 2 that police in the province are using  “distracted driving scopes” on a trial basis to catch miscreant motorists. The devices let one police officer transfer images to another.

When a police officer sees a driver using a wireless devices that officer “can use the device to record an image of that” and send to a second police officer, Milner said. “The other officer would be some place where it’s safer to pull them over and to potentially give them a ticket.”

ICBC noted March 2 that B.C. drivers convicted twice of using electronic devices while driving over a three-year period could be forced to pay up to $2,000 in penalties.