What happens to your clients’ outdated pink slips?

When Nova Scotia became the first jurisdiction in Canada to allow electronic proof of automobile insurance (EPAI), it opened up a whole new world for insurers to offer the digitized pink slips to their consumers.

Nova Scotia’s move “will be a major turning point for consumers who appreciate having digital options and will quickly expect it as a table stake of doing business with insurance,” Ken Sedgewick, Sharp Mobile’s director of sales, said in a press release Friday. “The days of customers sorting through a bunch of outdated pink slips in the glove compartment are numbered.”

But is it the beginning of a new era in which outdated pink slips are now located on your mobile phone? 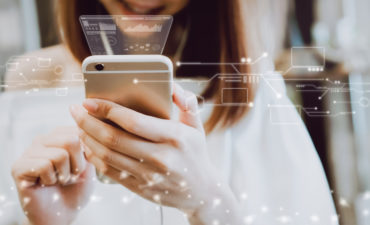 EPAI providers —  including brokers, insurers, the industry technology standards body such as the Centre for the Study of Insurance Operations (CSIO), and third party vendors like Sharp Mobile, Keal Technology, and Applied Systems, among others — are already positioning their solutions as the most desirable for consumers.

One of the marketing battlegrounds is that EPAI makes it possible for consumers to add or delete vehicles throughout a policy term, which was uncontrollable for paper-based pink cards – the driver would have the pink card for the length of the policy term.

“People will buy insurance, get the pink card and cancel the policy, but keep the pink card as ‘proof of insurance,’” Ken Sedgewick, Sharp Mobile’s director of sales, told Canadian Underwriter. “With digital, it’s important that you’re only showing valid coverage.”

Sharp Mobile claims to be the first to develop the technology for pink cards to be viewed on a mobile device, with one feature of the system being that it works in conjunction with policy data. Electronic slips appear and disappear based on policy coverage, meaning that the consumer is never responsible for removing old eSlips [an electronic slip showing proof of insurance] from a mobile wallet, thereby eliminating a source of confusion.

“Because we get policy coverage updates all the time, if a vehicle is deleted, we receive that data and remove that pink card,” Sedgewick said.

He contrasts this with EPAI solutions in which the electronic pink card is downloaded into a driver’s digital wallet. Under such a solution, he said, it’s possible that a customer could receive an EPAI on policy renewal, delete that vehicle, and then get a new vehicle needing a new EPAI. The onus would be on the consumer to delete the old EPAI from their digital wallets, just like consumers would have to delete old rewards cards from their wallets.

“That’s where confusion to the customer could arise, with multiple EPAI’s in the wallet over the years for old vehicles [and] expired policies,” Sedgewick said.

But the issue raised by Sharp is more illusory than real, says CSIO, which has been collaborating with insurers and brokers to create an EPAI solution using mobile wallet technology. CSIO is expected to roll out its solution very soon.

Ahmer Gulzar, CSIO’s senior manager of technology, strategy and architecture, told Canadian Underwriter that “digital wallets make it very simple to remove any card stored there, regardless of whether it is a credit card, debit card, boarding pass, event ticket, or eSlip.”

He said users will only have to view the back of the electronic pink slip on their phone and tap a button to remove or delete it. “This is no different from current processes in the paper world, where drivers must remember to replace their expired liability card when a new one arrives in the mail,” he said. “CSIO’s eDelivery solution enables drivers to complete the switch in a single step on their smartphone instead of searching through their glove compartment.”

4 Comments » for What happens to your clients’ outdated pink slips?