Blockchain for insurance has various oft-touted benefits – reduced costs and simpler and faster transactions, among them – but it can also be used to combat fraud, said David Verbeeten, a domain expert in insurance at software company ConsenSys. 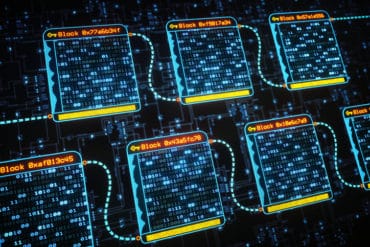 He noted that as a rudimentary measure, blockchain could be used to pay expenses, salaries, premiums and claims more cheaply per transaction. As a more sophisticated engagement, it could function as a registry of high-value items. “Such a record could do much to combat insurance fraud,” Verbeeten wrote in Blockchain, Smart Contracts and Insurance – A Primer, published in MSA Research’s recently released Quarterly Outlook Report for the second quarter of 2018.

Take the company Everledger, a start-up that has concentrated on tracking the origin and lifecycle of diamonds. It lasers unique identifiers on a diamond’s girdle, from which it abstracts a unique identification code that is in turn stored on a blockchain. “This immutable, distributed, and hence trustworthy registry can be checked by an insurer or another stakeholder from anywhere in the world to verify that a diamond has not been sourced from a conflict zone or stolen, among other things.”

Verbeeten suggested “massive efficiencies and savings may result” through the use of smart contracts and decentralized applications on the blockchain – a record of digital events that is “distributed” or shared between many different parties that can only be updated by consensus of a majority of the participants in the system. Smart contracts are agreements that execute and enforce themselves as pieces of code in a blockchain, automatically moving digital assets according to arbitrary pre-specified rules.

With its objective triggers, parametric insurance in particular can be fully automated on a blockchain without any need for manual claims filing or adjusting, Verbeeten reported. In 2016, Allianz prototyped a catastrophe bond on the blockchain with “positive results for speed and simplicity.” The following year, France’s AXA was the first major insurance group to offer coverage over a blockchain, promising “direct, automatic compensation to policyholders whose flights are delayed.” AXA’s product, fizzy, inscribes policies in the Ethereum blockchain. Smart contracts are connected to global air traffic databases such that any delay of more than two hours automatically triggers a payment to the consumer’s bank account.

The industry’s own blockchain insurance industry initiative, B3i, was originally backed by some of the world’s largest insurers and reinsurers. Since 2017, B3i has endeavoured to put together a smart contract for property catastrophe excess-of-loss reinsurance that rapidly reconciles accounts between an insurer and its reinsurers without redundancy or latency.

“Successful implementation of blockchain technology… will take time, but its eventual uptake by the industry is almost guaranteed, given the many benefits,” Verbeeten wrote. “Stakeholders have much to gain by learning about these decentralized databases and in seeking to make them a part of their future.”