Your primer on crowdsourcing techniques

Crowdsourcing, as defined by the consulting firm Crowd Sourcing Week, is “is the practice of engaging a ‘crowd’ or group for a common goal — often innovation, problem solving, or efficiency. It is powered by new technologies, social media and web 2.0.” 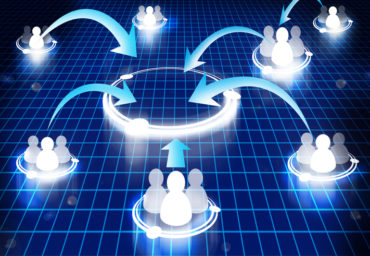 “Organizations that crowdsource new ideas, publicize these ideas, and help translate them into real-world action are seeing that innovators exist in many places and defy all stereotypes,” AIG says in its report. “When we look at the winners of the world’s crowdsourcing challenges, we see advanced prototypes of new technologies coming from high school students, breakthroughs in science and engineering coming from women, and strategies to improve communities in crisis coming from the people within these communities themselves.”

But is crowdsourcing the right fit for Canadian P&C insurers wishing to engage a community that can be suspicious—if not sometimes downright hostile—about their motives?

He sees crowdsourcing as a particularly effective way of engaging people for philanthropic initiatives or, with the right motivation, testing innovative new products.

“The easier win can be charitable efforts,” said Bubic, citing as an example Gore’s ‘Giving Tuesday’ campaign held in November 2017. The company asked its insurance brokers, customers, and Canadians across the country to help them choose charities that would receive funds from for the Gore Mutual Foundation on Giving Tuesday. People nominated their favourite charities on Gore Mutual’s social media channels; based on their input, six charities received $5,000 each on Nov. 28.

To be a success, a P&C insurer’s crowdsourcing campaign should be genuinely motivated by altruism, Bubic said.  For example, for Gore’s Giving Tuesday crowdsourcing initiative, “we had to go out there from a place that is genuine—not thinking of it as a campaign, or as ‘another means of advertising,’ but something that was really core to us,” he said. “As a mutual, our business value and our ethics drive our foundation and our giving, because we are rooted in the idea of people helping people.”

Could crowdsourcing be used for anything beyond charity initiatives? What about helping P&C insurers develop innovative product ideas?

“I think in those circumstances, crowdsourcing can work,” Bubic told Canadian Underwriter. “It will all depend on the uniqueness and excitement around your product.”

Timing is everything, he added. If there is a genuine public need for a new product, an insurer testing it through crowdsourcing would get a higher level of engagement.

“For example, if there was a high incidence of flooding, and you built a product that prevented flooding in your basement, and the product was inexpensive or relatively simple, you might need some thoughts from the public,” he said. “What would be the threshold of money that they might spend? What are their thoughts about the uniqueness of product?”

The success of crowdsourcing would also depend on the insurer’s presentation and motivation to do it.

“Is the motivation to put money in your pocket, or is it to help others?” Bubic says. “From a crowdsourcing standpoint, it’s very easy for people to get negative and jump all over something.

“But you also see online people getting very excited about a product because it’s seen as being beneficial. In that sense, there isn’t much differentiation between being philanthropic and developing a good product to help people.”