Why Canada is said to be ahead of U.S. on real-time data exchange

When it comes to real-time data exchange, the insurance industry in Canada seems to be more on the right path than south of the border, said the CEO and co-founder of an insurtech in the United States that recently incorporated in Canada.

TechCanary CEO and co-founder Reid Holzworth spoke to Canadian Underwriter Tuesday, days after the company incorporated in Canada as TechCanary Insurance Software of Canada and established a Canadian headquarters office in Laval, Que. 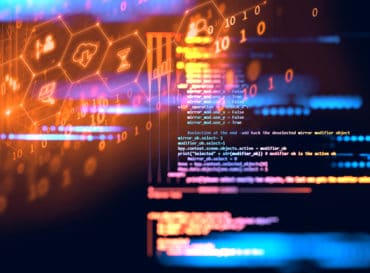 Holzworth said that although the term “real-time” is used very loosely, carriers in Canada are “building real APIs (application programming interfaces),” unlike in the U.S., where APIs tend to only work with a few carrier portals.

“The existing systems that are on the market today cannot handle APIs, and they can’t really build true functionality around those APIs,” Holzworth said. “The real way to fix this is if the carriers build through APIs and they’re open with the systems to connect with them to help really make these brokers much more efficient.”

In the United States, there is more the “illusion” of real-time data exchange, Holzworth said. “If you think about this ‘real-time,’ it’s batch processing XML and it’s only to a few carriers that implement it.” The cost is often prohibitive, Holzworth said, and the technology can be 15 years old.

There is also “somewhat of a wall” to connectivity between carriers and agents in the U.S. “That wall still exists in the Canadian market,” he added.

Late last week, Milwaukee-based TechCanary announced it had incorporated in Canada, citing the company’s rapidly growing Canadian market share and expanding client base as key reasons. Working with the Centre for Study of Insurance Operations, TechCanary provides a broker management system that is built “inside” a Salesforce cloud-based platform.

“At our core, we’re a complete replacement of an existing agency management system or broker management system,” Holzworth said. “Our out-of-the-box functionality replaces what [customers] have and it gives them so much more,” he said, noting that the solution supports an app exchange with thousands of financial and analytics apps.

On Wednesday, Toronto Insurance Council (TIC) hosted the Data Exchange (D/X) launch in downtown Toronto, a set of principles developed by the Insurance Brokers Association of Canada around technology integration among brokers, carriers and vendors. As part of the launch, TIC is working on a “proof of concept” of a way for brokers to send a first notice of loss on an insurance claim directly to their carriers. The next step would include working groups.

2 Comments » for Why Canada is said to be ahead of U.S. on real-time data exchange