Global law firm Clyde & Co has launched a consultancy to advise insurers and clients in other sectors on all aspects of the new area of smart contracts, blockchain and distributed ledger technologies. 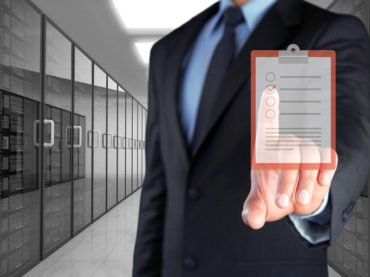 Clyde Code, as the consultancy will be called, will provide clients with legal and technical advice and services to help them realize the growing potential of smart contracts, Clyde & Co. explained in a press release on Thursday.

Gary Nuttall, an independent consultant on smart contract, blockchain and distributed ledger technologies, will be the lead technical consultant, supported by the independent advisory group he works with, Team Blockchain, Clyde & Co reported. Nuttall advises the London Market Group, which represents the insurance and reinsurance market in the city. He will be the lead member of Team Blockchain, who will provide Clyde Code with access to an international team of software and IT engineers on a preferred supplier basis.

The services provided by Clyde Code will include: smart contract creation; existing contract enhancement; contract verification (to ensure that contracts will work as intended legally and technically); contract enforcement and dispute resolution; and forensic investigations in relation to smart contract failures.

Smart contracts are coded instructions which execute on the occurrence of an event, often using a blockchain or other related technology to record and enact it, with “implementation and impact [that] can be far-reaching,” Clyde & Co said in the release. For example, smart contracts allow for insurance monies to be transferred virtually immediately on the occurrence of an event – such as travel insurance paying out following a flight delay. Additionally, smart contracts allow ship owners to monitor their cargo continuously and update insurance contracts in real time as conditions change.

As part of the consultancy, a Clyde & Co team led by partners Lee Bacon and Nigel Brook in London, Sally Sfeir Tait in Abu Dhabi and Christina Terplan in San Francisco will provide the legal advice and services.

“Blockchain provides the rails that smart contracts run on and together they have the potential to radically change and simplify legal contracts and transactions,” Bacon, a partner at Clyde & Co, suggested. “But legal and technical advice is needed to ensure that workable agreements are reached and enforced.”

Bacon said that the company is already actively engaged in reviewing smart contract and related distributed ledger transactions across multiple sectors, “so setting up a standalone consultancy to bring together our legal expertise in this area is a natural next step.”

Lawyers with the firm have already worked on reviewing smart contract, blockchain and related transactions in a number of sectors, including a blockchain-based fund platform, advising Emirates NBD Bank (in the United Arab Emirates) on the development, implementation, validity and enforceability of a blockchain solution and working with insurers to establish parametric microinsurance products.

Clyde & Co has 390 partners, 2,000 legal professionals and 3,600 staff in nearly 50 offices (including in Toronto and Montreal) and associated offices on six continents. Its core global sectors include insurance, trade & commodities, energy, transport and infrastructure. The firm has reported a compound average annual revenue growth of 12% over the last five years.