IQALUIT, Nunavut – The government of Nunavut is still struggling with computer systems paralyzed by a cyber attack last weekend.

“Network recovery is ongoing as the (territory) works to uncover information, prepare recovery plans and work on department priorities,” said a government statement. 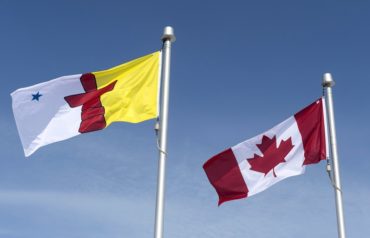 The Nunavut flag and the Canadian flag are seen Saturday, April 25, 2015 in Iqaluit, Nunavut. Major government departments in Nunavut are at least still partly impacted after a weekend cyber attack. THE CANADIAN PRESS/Paul Chiasson

Early Saturday morning, the government’s entire computer system went dark after a ransomware attack encrypted individual files on various servers and workstations, locking out regular users. Civil servants still have no access to any records or files on government computers.

All government computers in the territorial capital of Iqaluit were being collected Thursday so that they can be reformatted. Officials said they were still working on what to do with computers in Nunavut’s 25 far-flung communities.

Residents on income assistance who normally receive cheques are being asked to report to their nearest government office for food vouchers redeemable at grocery stores instead.

“Services remain available and open, but some services will be delayed,” the government said.

Still, territorial officials said paycheques due next week for civil servants are expected to be delivered as scheduled.

This report by The Canadian Press was first published Nov. 7, 2019.