Data exchange: does it make sense for the insurer to compete with the mail service?

Imagine if each insurance company set up its own courier service to compete with Canada Post, instead of having a common carrier for the industry.

Joseph Carnevale conjures up this scenario to illustrate why it’s a bad idea for every insurer to have its own method of delivering data to brokers electronically.

“I don’t think we have ever had a time where insurance companies [proposed], ‘Well I can deliver the mail – the renewals – better than you can, so I am going to have an insurer-branded delivery service for renewals,” said Carnevale, president-elect of the Insurance Brokers Association of Ontario. Carnevale is not suggesting that any insurer would ever want to compete with Canada Post; he’s using this hypothetical example to illustrate the downside of each insurer having its own solution to electronic data exchange. 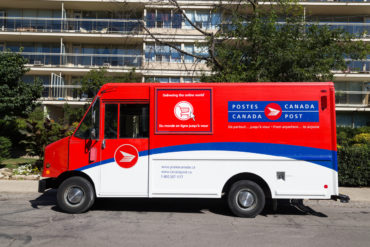 “All we are talking about here is data transfer: you have a policy renewal that has to get delivered, or there is data that has to be exchanged, through our broker management systems, [with] our various insurers,” said Carnevale, who assumes the role of IBAO president this January. “The delivery model of that information back and forth – why does everyone think they have to have their own delivery service?”

Carnevale is a partner and managing director of sales with Brokers Trust Insurance Group Inc. in Vaughan, Ont.

Insurers should compete with one another on the basis of things like claims service and comprehensiveness of coverage, Carnevale said. But when it comes to the transmission of data between brokers and insurers, the carriers should get behind efforts like BrokerFlow, he suggested. IBAO describes BrokerFlow as a centralized data translation service that allows brokers and insurers to connect with existing data capabilities, facilitating real-time transactions.

“I do think vendors are going to step up to the plate and start to deliver those services,” said Carnevale. “There is huge consensus among insurers that this needs to get done.”

The vision of BrokerFlow is similar to that of the Insurance Brokers Association of Canada (IBAC)’s Data Exchange (D/X) Initiative, which entails building a data services library that lets broker management system vendors and carriers build application programming interfaces, or APIs.

A big problem that D/X is trying to solve is the time and effort brokers spend on manual processes that could instead be replaced with a way for BMSs to exchange data in real time with the carrier’s computer systems.

“Brokers and insurers have tons and tons and tons of billing issues on a monthly basis. ‘Hey, can you tell me if the last payment came out of their bank account? How much is still owing?’ Things like that,” said Michael Loeters, a Toronto-based broker who is helping spearhead the D/X initiative.

“That whole process with a broker and an insurance company is a phone call, an email with multiple manual processes that usually takes numerous days,” Loeters said Thursday in an interview with Canadian Underwriter. Loeters is senior vice president of commercial insurance and risk management at PROLINK. He is also a member of the IBAC technology committee and past president of the Toronto Insurance Council.

At the moment, the D/X initiative has a reusable data service for first notice of loss. The library for those services is held by the Centre for Study of Insurance Operations (CSIO).

By the end of next month, the D/X initiative aims to have three more reusable data services – one each for claims inquiry, billing inquiry and commercial claims run request, Loeters told Canadian Underwriter Thursday.