If you are led to believe most of your clients will get around in self-driving cars within a decade, you might want to think again.

“Autonomous vehicles will likely not be on our roads for at least another 25-30 years, and that is a conservative estimate,” said Kristine D’Arbelles, senior manager of public affairs for the Canadian Automobile Association, in an interview. She was referring to fully autonomous vehicles where no human is controlling the car. 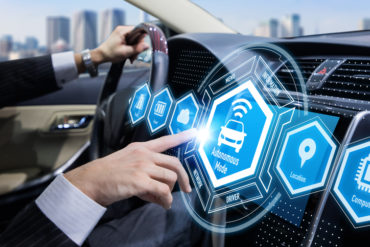 An evolution to self-driving cars would change the insurance business model. The current auto insurance model is predicated on the notion that vehicle drivers and owners carry liability risk and that accidents are usually caused by bad driving.

A few years ago, some were saying that by 2021, we would have fully autonomous vehicles, suggested D’Arbelles. She predicts that when her son (who just turned four) has kids, those kids may not need driver’s licences when they grow up.

But there is a difference between the automated features on some of today’s vehicles (such as lane departure warning) and fully autonomous vehicles that do not have pedals or a steering wheel.

“That is where the lack of knowledge and confusion from Canadians comes from right now” D’Arbelles said.

A majority (83%) of Canadians is “just vaguely aware of what’s coming in autonomous vehicles,” she said.

When respondents were asked if they had concerns, the options they were given were hacking, unauthorized access by a third party to data, and accountability in the event of an accident. They were also given the choice of saying they had no concerns or they do not want to answer.

Fifty-nine percent said they were concerned about hacking, and 53% were concerned about the potential for third-party access to driver-generated data. Multiple responses were allowed. The results are considered accurate to within 2.2 percentage points 19 times out of 20.

D’Arbelles said she recently rented a car that had an advanced cruise control feature. Unlike traditional cruise control, the one on her rented car would slow the car down if the vehicle in front slowed down. “It’s not autonomous in the sense that I can sit back and start watching a movie and start playing with my phone,” she said. “I actually have to be fully aware of what’s going on around me.”

Ontario has had an automated vehicle pilot program for three years. But participants must ensure a human is able to bring the vehicle to a safe stop.

For example, roads will require traffic control signs and pavement markings that can be read not only by humans but also by the vehicle-borne computers.

There are various levels of vehicle autonomy. For example, the Society of Automotive Engineers defines Level 0 as having no automated features whatsoever while Level 5 means the vehicle can go at all times without human intervention.

SAE level 4 means the vehicle is capable of performing all driving functions under certain conditions. The driver may have the option to control the vehicle.

Level 3 means the vehicle manages most safety-critical driving functions but the driver must be ready to take control of the vehicle at all times.

Level 2 means partial automation. At least two automated tasks are managed by the vehicle, but the driver must remain engaged with the driving task.

Level 1 means there are some features for driver safety and comfort and a human is required for all critical functions.