Driverless cars and the irony of solving Ontario’s auto problem

As driverless cars become more popular, and as the focus of insurers gradually shifts from insuring vehicle owners to providing product liability for the manufacturers of autonomous vehicles, the Ontario government’s auto insurance reforms may finally be yielding some better results. 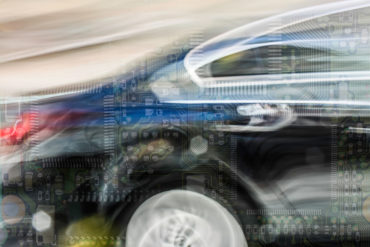 “It is kind of ironic that if we are getting close to an improvement in the end result of Ontario auto, it will probably coincide with a significant paradigm shift in the way automobile insurance is actually sold and handled,” said Philip Cook, CEO of Omega Insurance Holdings Inc., at the Insurance Institute of Canada’s Industry Trends breakfast in Toronto.

With driverless cars, “there will be less reason to rate drivers than there is to rate the capability of the electronics that are actually running the vehicles,” added Cook. “So, we move from automobile to insurance to product liability insurance, just at a time when the Ontario government may actually have [an answer to Ontario auto…]”

More than a year after a series of Ontario auto insurance changes took effect, it remains to be seen how helpful those changes are to the industry, Cook qualified. But he said changes to Ontario’s accident benefits, which took effect June 1, 2016, “suggest that there may well be some improvement arising out of those changes.”

The changes to which Cook referred were initially announced in Spring 2015, when Ontario Finance Minister Charles Sousa tabled the 2015-16 budget.

The province also changed the criteria for catastrophic impairment. All of this was part of the government’s goal, announced in 2013, to reduce auto premiums by 15% over two years.

“Hopefully, Ontario auto will produce some significant savings for the industry and that can be passed back through to the consumer as promised (in 2013) in Ontario but never delivered because it was impossible,” Cook said Tuesday.

Ontario is often criticized for having the highest insurance premiums in Canada, wrote David Marshall, a special advisor to Sousa, in a report released in April 2017. The “main cause” of the high auto insurance costs is “the way the system is structured,” Marshall wrote at the time.