Google and KPMG LLP are targeting insurers with clients who want to communicate in a variety of ways – whether by phone, email, text message or even snail mail. 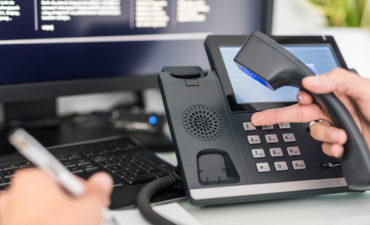 GCP encompasses a wide variety of technology applications including a data warehouse that lets companies analyze data on Google’s computers. In essence, GCP lets developers provide information technology services from Google’s own computers, electronic storage and networks instead of buying their hardware.

Consumers may contact companies through the web, email phone or even social media applications such as Facebook, suggested Cindy Taylor, director of strategic appliances for KPMG in Canada, in an interview.

“There is a big challenge around omnichannel,” Taylor added, referring to companies that offer a seamless experience to customers interacting through various means such as phone and over the Internet.

One example of “omnichannel” is when a customer starts an insurance transaction online and finishes it by physically walking into a brokerage office, Kathy Corbacio, director of business development at CAA Insurance Company, said this past February at the Insurance-Canada.ca Technology Conference.

A challenge facing carriers is understanding how their insurance clients “want to interact” and giving those clients the “feedback they need effectively and efficiently,” Taylor suggested in an interview last week.

Property and casualty insurance carriers and brokers receive data “in a number of ways,” noted Taylor.

“A claim may be coming in with photographs over the Internet or they could even have audio,” she said. For companies both in and outside of the P&C insurance sector, they may have customers who “want to be responded to by either phone, by email or text versus some who still want to use snail mail,” Taylor said. “So you have to be able to address all of that.”

With its partnership announced May 31 with Google, KPMG is writing software and providing integration and consulting services, Taylor said.

Related: Why Canadians don’t want to buy insurance from Amazon, Facebook or Google

KPMG’s existing advisory services include helping clients with information technology strategy and cloud applications, among others.

With Intelligent Interactions, KPMG is “helping clients deal in a consistent way with their incoming client requests and queries,” Taylor said in an interview.

Machine learning is a “branch of artificial intelligence that focuses on getting computers to act without being explicitly programmed,” reported SAS Institute Inc., which makes query and report tools for databases, in an earlier paper titled Statistics and Machine Learning at Scale.

Intelligent Interactions is among the first of the set of services KPMG is announcing using Google Cloud Platform, KPMG announced May 31. Another set of CGP-based services available from KPMG is intended to let users manage customer data and privacy in order to comply with the European Union General Data Protection Regulation (GDPR).