Government of Canada selects Fortinet to secure its IT infrastructure

Fortinet, a high performance cybersecurity solutions company headquartered in Sunnyvale, Calif., announced on Thursday that the Government of Canada has selected it to secure its information technology infrastructure. 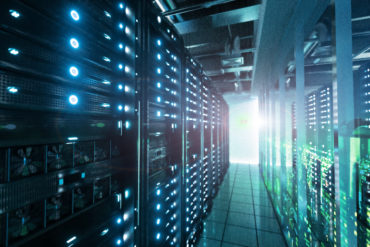 Fortinet said in a press release that it will collaborate with Shared Services Canada (SSC), the IT services organization within the federal government, to “provide highly scalable, consolidated security solutions across the government’s distributed network environments,” including more than 100 government departments and agencies.

SSC will leverage the Fortinet Security Fabric, including Fortinet FortiGate Next-Generation Enterprise Firewalls and FortiManager, simplifying security management and control across the government departments with a “single pane of glass view of the entire network,” the company said.

The Government of Canada created SSC with the goal to fundamentally transform how it manages its IT infrastructure, Fortinet report. “Part of this organization’s charter is to consolidate the IT functions across 103 government departments and agencies to increase performance, while decreasing complexity and management costs.”

Finding the right network security provider to help safeguard the critical and sensitive data across the distributed government services was paramount. “Fortinet’s proven, high performance security solutions give full network security control with single pane of glass management, ensuring that all elements of the Government of Canada’s end-to-end IT infrastructure are protected, from its data centers to its telecommunications networks,” the release said.

“Fortinet has a long-standing history of working with the Canadian market,” said Andy Travers, Fortinet’s senior vice president of sales for the United States and Canada. “As such, we have a deep understanding of the unique security needs of its government agencies, specifically the stricter compliance regulations, fiscal constraints and the type of critical data that needs to be protected. Being selected by Shared Services Canada to protect the government’s distributed network environments is a testament to the scalability, security and performance of the Fortinet Security Fabric which enables end-to-end network protection for the Government of Canada while adhering to its federal mandates and price performance requirements.”

The collaboration came in the same week that Public Safety Canada launched a publication on the “evolving cybersecurity landscape.” On Tuesday, Public Service Canada (PSC) launched the Consultation on Cyber Security to help identify gaps and opportunities, bring forward new ideas to shape Canada’s renewed approach to cybersecurity and capitalize on the advantages of new technology and the digital economy, PSC said. The consultation will run until Oct. 15.