Aviva Canada auto policyholders whose vehicles get damaged in accidents can get their claims processed by taking pictures and uploading them to a mobile app, Aviva Canada announced recently.

The app, AvivaExpress, was developed by Chicago-based Snapsheet and is available on the iPhone or an Android device, Snapsheet CEO Brad Weisberg wrote in a statement to Canadian Underwriter. 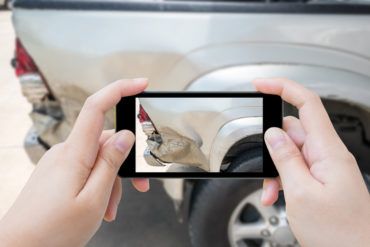 Once a customer files a claim, he or she takes photos of the damage and submits them through AvivaExpress, said Weisberg. “Snapsheet employs a team of appraisers who then inspect the vehicle damage based on the photos,” and provide an estimate on how much the repairs will cost, Weisberg added.

During the pilot, “93% of Aviva customers chose to opt in,” Aviva said in a press release March 1. The carrier added that Aviva customers were able to settle claims “20% to 40% faster” during the trial than compared to claims processed without using AvivaExpress.

Claimants using AvivaExpress “are encouraged to capture photos of each of the car’s four corners, photos of the damage, and mileage,” Weisberg wrote. Asked how much it cost Aviva, Weisberg said there “is not system cost” but rather there is a “cost is incurred for each completed estimate.”

Snapsheet employs auto technicians to make the estimates. The claimant “does not have to submit an invoice to Aviva,” Weisberg said. “Once Snapsheet’s appraisers have estimated the damage, a copy of the estimate of repair is available to the customer and shop of choice (if selected). If there are any discrepancies between the estimate and the shop’s view on repair costs, Snapsheet will handle this process directly with the shop.”