“There is a huge advancement around the use of artificial intelligence and advanced analytics techniques to better identify, detect, and prevent cyber intrusions,” said Keegan Iles, national insurance consulting leader for PwC Canada, in a recent interview.

Iles was commenting on MoneyTree, a recent report on venture capital deals in Canada in 2019 and 2018.

Venture capital investors parked a total of more than $265 million in Canadian cybersecurity companies as a result of 10 deals during the second half of 2019, according to MoneyTree, released on Feb. 6 by PwC Canada and CB Insights. That’s nearly 15 times the $18 million they invested in six deals during the same period in 2018. 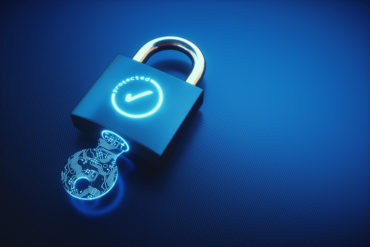 Some of these cybersecurity companies are providing services and software to help companies prevent cyber breaches, said Iles. Sometimes this helps insurers increase their own cyber protection; it also gives carriers a better understanding of how to price cyber risk, because will they have a better understanding of how cybersecurity losses happen and how they can be prevented.

Underwriters are looking at the cyber posture of clients applying for cyber insurance, Iles reports. That means asking them a variety of different questions: “What’s their profile of cyber risk?” Iles said. “Do they have everything online or nothing online? What does the mix of that business look like? Do they have an appreciation of the inherent cyber risk of the hardware or products that they manufacture or produce or use?”

“Over time, having more experience with that allows their underwriting teams to get more granular about what that might look like for them,” said Iles, whose areas of expertise include business process re-engineering, business transformation, and technology.

Related: What are Canadian insurtechs doing with their new venture capital funding?

Venture capital funding in all sectors – including cyber, artificial intelligence, fintech, digital health, and clean energy – totalled more than $4 billion in 2019 in Canada, according to the latest MoneyTree report.

For P&C insurers, artificial intelligence is playing a greater role on both the claims and underwriting side, Iles suggested.

“AI in general has been a huge area of investment across the board in Canada, particularly with the hubs in Toronto and Montreal, and insurance companies, generally speaking, have also jumped on that bandwagon,” said Iles. “I think that is actually allowing them to realize automation efficiency; to remove some of the business friction that they have baked in internally among themselves.”

For example, AI can make it easier to deal with large data sets during the underwriting process.