How innovation changes the underwriter’s job

Technology and data will change the underwriter’s job but will not eliminate it, suggests Russell Johnston, chief executive officer for North America of QBE Insurance Group Limited.

“At the end of the day, people still make the decisions,” Johnston said during an interview with A.M. Best TV.

“Technology and data will change the role of the underwriter. I don’t think it ever eliminates it,” Johnston said during the video, released Wednesday by A.M. Best Company Inc., an Oldwick, N.J.-based research firm that assesses the financial health of insurers. 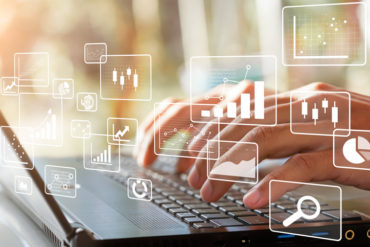 “For most companies, historically, the actuarial data –  your underwriting insights – was the family jewels. I think what’s changing is third-party data can be sometimes just as impactful, if not sometimes more impactful,  than proprietary data,” Johnston said in the video, Succeeding in Specialty Coverage Means Thinking Beyond Products.

Johnston previously worked for American International Group Inc. as president of casualty for the Americas. He was appointed to his current role with Australia-based QBE in 2016.

“I think the role of the underwriter has to change in the sense that how they think about risk – and the inputs that they get to make decisions – is going to change,” Johnston told A.M. Best TV.

“I think the underwriter of today and in the future has got to have a good healthy understanding of technology and data and what it can deliver, what it can empower today while still relying a bit on the art. At the end of the day insurance is still a contract that is subject to a lot of legal interpretation. So you have to balance that art with the science – what data and technology enable today.”

The question of whether technology is disrupting the labour force has been analyzed by every major consulting firm, suggested Saad Mered, chief executive officer for Zurich Canada, in a separate briefing to the press.

Advances in information technology is changing the mix of employees within the industry, Mered said Feb. 25 during a briefing on Zurich Canada’s plans to use artificial intelligence technology.

“It releases them from five hours a day of what they consider to be very process-oriented tasks to do true broker-customer accompaniment, advice giving, understanding, negotiating, listening and really being focussed on those issues,” said Mered.

In Zurich Canada’s case, it plans to have Toronto AI vendor Chisel provide software that is designed to understand insurance jargon and pore through draft policies looking for possible errors. Instead of replacing underwriters, the idea is to relieve underwriters of the painstaking task of reading every word of a policy – and every word of its endorsements – to confirm that the things like names, dates and dollar amounts are consistent with what the client, broker and insurer intended.