How insurers will make their cyber products better in the future

Cyber insurers need to get a firmer handle on cyber claims response to be able to add value to their policies, a specialist insurer said recently.

James Burns, cyber product leader with London, U.K.-based CFC Underwriting, said that the industry has seen lots of innovation in the area of wordings and what the actual coverage looks like from a language perspective. But he says he doesn’t think there has been enough investment by insurers in the infrastructure that needs to sit behind the product to fulfill the promise that exists within the policy wording. 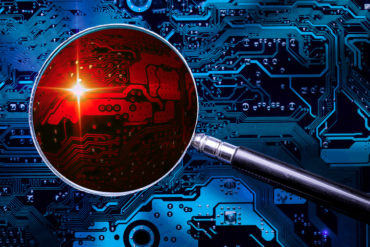 “So that’s where I think we’ll start to see the meaningful innovation start to come – in the claims response and claims service the insurer is offering, as opposed to necessarily on the side of actual wordings themselves,” Burns told Canadian Underwriter. “The [cyber incident] response, the cyber claims service, is almost more important than what the actual policy says. People need to realize they are buying access to a service as well as just an indemnity.”

Burns made his comments in response to a question about whether he sees any new service offerings, such as cyber incident remediation, coming down the pipeline, or any changes to current offerings.

Many cyber insurers currently outsource a large amount of services provided under the policy, be that incident response or legal. “I think we are going to start moving to a stage where more insurers, or the more specialist insurers, will start bringing this in-house,” Burns predicted.

CFC sees itself adding value as an insurer because of its ability to aggregate all of its cyber claims data from thousands of claims in Canada, the United Kingdom, Australia and the United States.

“Our ability to have complete oversight means that we’re collecting all the information,” Burns said. “We’re better able to set incident response strategies centrally and make sure our clients benefit from that, as opposed to having to outsource that in all the different territories and having less of a grip on it,” Burns said. “A good example of that is what we do in active portfolio management. We’re able to alert our clients to trends that are occurring in specific industries, hopefully before our clients experience these scams in real life.”

For example, in the past year or so, CFC saw a few incidents of the same type of fraud in each of the four territories – Canada, U.K., Australia and U.S. Attackers were able to gain access to the databases of many of the insurer’s school clients and send out emails to the parents purporting to be the school offering a discount on tuition fees if they decided to pay by bitcoin. Although it was a scam, “we had quite a few parents who actually fell for it,” Burns reported.

“We were able to see those attacks coming in real-time. We were able to send out an alert to all of our school clients around the globe to prevent more of our clients following for this sort of scam. So we were preventing our clients from becoming victims in real time. For me, that’s the sort of innovation we are going to start to see.”


Related
Why brokers need to change cyber talking points for each client
The status of ‘silent cyber’ in the insurance industry
Will cyber insurance ever be fully standardized?
The latest way cyber-criminals are attacking your clients