How insurtech is bringing policyholders inside the black box of insurance

Insurtech is beginning to bring policyholders inside the “black box” of insurance to understand how their decisions are influencing their own costs, said a new report on the macro themes redefining the industry.

Insurtech has increased access to real-time data and improved transparency in tailored pricing. Taken together, this has begun to positively inform and shape policyholder behaviour by linking actual behaviours and decisions directly with risks and costs, said the report, Impact InsurTech: How InsurTech is Transforming the Insurance Industry. 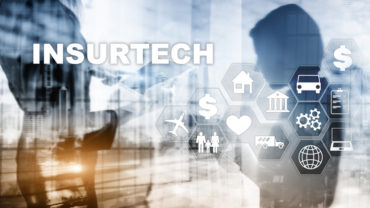 Historically, pooling capital and sharing or transferring risks for occasional and unpredictable losses was a natural response to everything from auto accidents to employee injuries to weather-related crop loss. But today, insurtech is fundamentally changing this foundational concept of responsive insurance products.

“Through real-time data capture, narrowly designed coverages, usage-based insurance (UBI) and newly enabled transparency with the policyholders, insurance is moving into a stage of shaping and shifting consumer behaviour,” said the report, released earlier this month by Washington, DC-based venture capital firm VillageCapital in partnership with insurer QBE. “Transparency and timeliness, linking actual behaviours and decisions directly with risks and costs, are beginning a fundamental shift in how insurers interact with policyholders.

“The implications of this reach far,” the report continued. “No longer is insurance just a standard market cost that a consumer has little say in other than occasionally shopping for new policies. InsurTech is beginning to bring policyholders inside the black box of insurance to understand how their decisions are influencing their own costs.”

The early phases of this “market-shifting transparency and communication” are most immediately notable in segments such as wearables shaping consumer health choices or telematics shaping actions of drivers and fleet managers.

“We believe, however, that the implications of this shift are only just beginning to be realized,” the report said, noting that from the policyholder’s perspective, InsurTech is increasing transparency “in a historically opaque and asymmetrical marketplace.

“This broader consumer engagement and awareness is enabling informed decisions as well as more affordable and on-demand products, allowing policyholders a broader range of options for protection from, or mitigation of, risk.”

For example, drones and other similar data capture devices are revolutionizing agricultural insurance products through several layers of technological innovation. With the aid of drones, low-cost sensors, visual pest identification, autonomous machinery and Internet of Things-based devices, insurers are beginning to bring to market agri-insurance products that are tailored to a farm owner’s individual risk profile. Big data and real-time feedback allow many carriers to adapt this coverage dynamically based on factors such as changing weather risk and risk-mitigating actions taken by farm owners.

Besides influencing and shaping policyholder behaviour, the report identified two other “impact themes” of insurtech: