How ransomware can become a broker’s cyber selling point

Brokers placing cyber coverage for healthcare clients may want to take note of a new survey that found for many Canadian businesses, ransomware isn’t a one-time occurrence.

Of those polled that said they knew of a ransomware attack in their organization, one-third (33%) said it had happened more than once. Eighty-five per cent of respondents in Canada reported their company had experienced up to five ransomware attacks, cybersecurity company Kaspersky Lab said in the report Cyber Pulse: The State of Cybersecurity in Healthcare, released Tuesday. 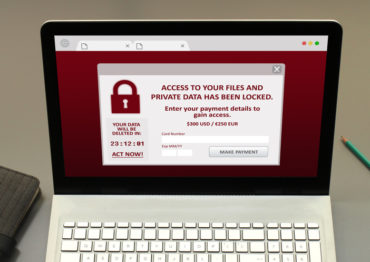 “This is alarming, given malware attacks, such as ransomware attacks, can cost enterprises an average of $1.24 million and [small and medium businesses] $123,000, according to a Kaspersky Lab report detailing the types of data breaches and their financial impact,” the survey said. “It’s hard to believe that a company would want to incur such unexpected, high costs over and over again. At some point, shouldn’t they learn a lesson from the costly experience?”

Kaspersky Lab polled more than 1,750 healthcare industry employees – from doctors and surgeons to administrative and IT staff – in Canada and the United States (including over 750 from Canada). More than one-quarter (27%) of healthcare IT employees admitted they were aware of ransomware attacks to their employer within the past year. Of those that did experience an attack, 81% of employees at very small businesses (1-49 employees), 83% of small and medium-sized businesses (50-249 employees) and 81% of enterprises (businesses with over 250 employees) said they had experienced up to four ransomware attacks.

Ransomware is a type of malware that can systematically encrypt files on a hard drive so it becomes difficult or impossible to decrypt without paying a ransom for an encryption key. This restricts access to an infected computer or mobile system in some way, and demands are made for the user to pay a ransom to the malware operators to remove the restriction.

Canada has seen numerous ransomware attacks recently – the Ontario municipalities of Wasaga Beach and Midland were hit earlier this year, and servers in the Quebec region of Meckinac were reportedly disabled for about two weeks in November.

According to the Kaspersky survey results, awareness of attacks has grown over the past couple of years. Five per cent of U.S. and 6% of Canadian respondents said they were aware of a ransomware attack on their company three or more years ago. However, the figures increased to 10% for U.S. and 15% for Canada over just the past two years.

“Another element for consideration is that legacy software can present a major threat to healthcare devices and systems,” the report said. “The only way to truly address cybersecurity safety in healthcare is to arm the business with proper cybersecurity solutions in place, ensure leadership is on board with the cyber strategy and supporting it financially, at the same time as making sure employees are educated to avoid the risk of human error.”

More News
Related
Cyber line expected to be one of the leading P&C growth areas in the U.S. over the next few years: A.M. Best
Ransomware attacks continue to rise, but accidental data breaches remain a major cause of loss: Beazley
For how long will a ransomware attack knock out your client’s operations?
Look to utilities, retailers for cyber sales opportunities, suggests new survey