A day many British Columbia policyholders have been calling for finally appears to be on the horizon. But it may force some brokers to change how they do business.

While hosting an AMA (ask me anything) session on popular social media platform Reddit, B.C. Attorney General and Minister for the Insurance Corporation of British Columbia (ICBC), David Eby, was asked about purchasing and renewing auto insurance online. From complaining about how much brokers make in commissions to the convenience factor of renewing online, drivers want it to happen – fast. 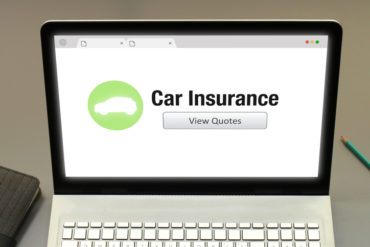 Eby wouldn’t give an estimate as to when online sales will become available, but responded that such an option will happen soon – after they straighten out a few things.

He expanded on that answer in an interview with Canadian Underwriter. The public insurer has already undergone a few changes to the way business is done (such as how claims are processed), with more coming in September (such as rate design initiatives). Those are “first priority,” he said. Once the next round of change happens, Eby can turn his attention to bringing ICBC into the digital age.

“This is a corporation that hasn’t seen any reforms in almost 16 years and so it’s got a lot of catching up to do,” Eby said. “Online sales are an example of just bringing ICBC into at least 2009.”

Talks about online sales have been going on for some time, dating back to the previous Liberal government. Eby noted that discussions took place with brokers on how to move forward with such an initiative and the New Democratic government will continue carrying the ball forward.

Moving auto sales online is on a list that includes other items like how ICBC structures its investments.

This gives brokers time to think about their business model and how to handle transactions through their websites. Specifics on what system would work best are still to be hashed out. One idea on the table in previous discussions included having a broker’s website connect to ICBC automatically to conduct transactions.

“That’s about as far as I understand conversations went,” Eby said.

That said, hiccups can be expected along the way. ICBC will work with brokers to ensure a system is put in place that works well for all parties.

“Any tech initiative I have seen in government has brought with it unique challenges,” Eby said before noting the ballooning costs the public insurer has seen in the past. “This is not a period of time in which ICBC can afford large cost overruns on IT projects, so we will be moving very slowly and carefully on this.”