While independent brokerages in four countries (including Canada) are not fully embracing digital technology in 2018, Canadian brokerages are showing an increased adoption of cloud hosting, according to a new annual report from software vendor Applied Systems.

Applied released Tuesday the results of its 3rd annual Applied Digital Brokerage Survey, which found that the average digital technology adoption rate at an independent brokerage in Canada was 46%, compared to 44% in the United States, 49% in the United Kingdom and only 25% in Ireland. This number, based on participation of more than 1,300 independent agencies and brokerages, was the exact same as last year, “meaning a significant opportunity remains for agencies and brokerages to fully embrace digital technology,” Applied said in a press release. 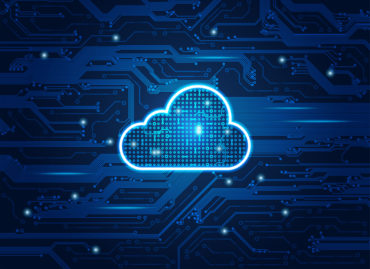 The survey questions examined five core competencies of a digital agency/brokerage: management system capabilities, mobility, insurer connectivity, data analytics and cloud software. Agencies or brokerages scoring 80% or higher across all core competencies were considered to be digital agencies/brokerages, having adopted most of the key drivers of digital transformation.

The survey found that more Canadian brokers are adopting cloud hosting – a 22% year-over-year increase. Hosting applications that a brokerage relies on day in and day out in the cloud ensure continuous business operations and secure data, Applied added.

Among the four regions, only 20% use data analytics applications to gain insights from their management system data; year-over-year, use remains virtually unchanged. Canada (17%) and the U.S. (15%) were among the weakest adopters. “Ambivalence to adopting data analytics is likely due to the misconception that it is too complex and technical for brokerages to manage on their own,” Applied said.

From a mobile perspective, 76% of Canadian brokerages reported no customer self-service portal, 73% had no customer mobile app and 49% had no staff mobile tools. “Customer experience is today’s battleground in customer retention,” the report said. “Insurance consumers expect omnichannel services in real time via whatever channel they choose. Giving staff remote access to information and tools within the management system empowers them to quickly respond to client and prospect service and sales requests – anytime, anywhere.”