Vehicle owners who install smart phone-blocking apps should get a break on insurance rates, some industry groups contend.

British Columbia’s government-owned auto insurer says it will roll out telematics devices designed to block drivers from using their wireless phones on a trial basis this coming January.

With usage-based insurance, some carriers already provide discounts to vehicle owners who use telematics devices that monitor driver behavior such as speed, distance travelled, time of day, sudden acceleration and hard braking. 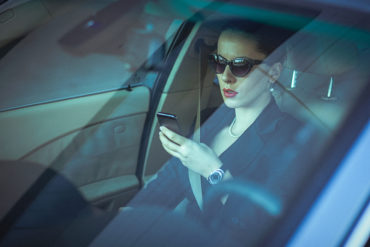 “If you could take that concept and apply it … to apps that block your phone while the car is in motion, then perhaps [a discount on premiums] could apply if you have agreed to use that app on your phone,” Eric Smith, vice president of regulatory affairs at the Canadian Wireless Telecommunications Association, said in an interview with Canadian Underwriter. Smith was making a general comment and not on Insurance Corporation of British Columbia’s trial.

In B.C., “it’s too early to speculate on the specifics of any changes to insurance pricing,” a B.C. Ministry of the Attorney General spokesperson wrote in an e-mail to Canadian Underwriter.

At the moment, the industry is collecting more information about the use of technology to block the use of mobiles while driving.

There are some potential regulatory hurdles facing such technologies.

The federal Radiocommunication Act, for example, “explicitly prohibits all installation, use and possession of jammers in Canada. Jammers are devices designed to interfere with or obstruct radiocommunication,” a spokesperson for the federal department of Innovation, Science and Economic Development wrote in an email to Canadian Underwriter.

Jamming for blocking cellphone signals in cars could have “unintended safety consequences,” such as interfering with making emergency phone calls and interfering with advanced safety features installed by vehicle manufacturers, Smith warned.

In the future, the distractions may come from technologies installed in the vehicle itself, as opposed to hand-held devices, said Scott Bradley, vice president of corporate affairs for Huawei Canada, whose products include smartphones. Technology could be used to make cars “dark zones,” he said in an interview with Canadian Underwriter, but that will be only “a one or two-year solution because cars are becoming smarter so fast.”

In the meantime, ICBC said Nov. 28 it will “confirm two to three vendors whose technology will be used” during the distracted driving pilot, scheduled to launch next month. It will let telematics devices communicate with apps on smart phones and “block the ability to use a hand-held phone while the in-vehicle technology senses that the vehicle is being driven.”

This type of program is “appropriate” for drivers who can be dissuaded through the use of technology from using their cellphones, suggested Brian Patterson, president and chief executive officer of the Ontario Safety League. But Patterson is calling for regulators to force distracted drivers to attend retraining and to re-qualify for their licenses.

“We are allowing technology to lead where safety led before,” Patterson said. “My car will allow me to stream videos for my kids, and then I put a handheld unit that’s not part of the original equipment manufacturer, and not certified to be in the vehicle,  in the front seat. I can watch TV while I crash into the car in front of me.”