Despite all the hype about artificial intelligence (AI), and the significant investment in it, most global insurers don’t think they are getting value from their investment.

In fact, 85 per cent of more than 1,000 global executives polled by McKinsey & Company reported being underwhelmed by the value of AI investments. Nick Milinkovich, leader of the insurance analytics practice (Canada) at McKinsey & Company, shared those findings about AI and advanced analytics last week at Insurance-Canada.ca’s first Technology in Action seminar. 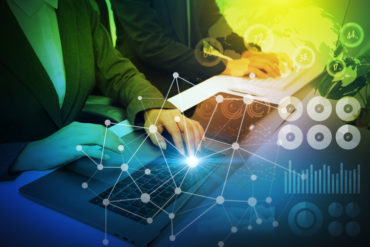 “There’s not really that many people who can point to their income statement and say, ‘Here, here, and here, is where we generated a huge uplift from the application of advanced analytics,’” Milinkovich said. “The reason why this is happening is [that] doing this is really hard.”

But those who invest in advanced analytics tend to outperform their competitors in a variety of metrics, he added.

“If you put all four of those things together, that’s a lot of change that is going to come,” Milinkovich said. “And for a lot of carriers that are trying to adapt, it’s a daunting starting point.”

No doubt, AI will affect all areas of the industry, but it may be a scary reality for some, Milinkovich said.

He gave the example of a consumer calling a self-driving vehicle. “As soon as he touches the steering wheel, it [the car] knows it’s him, so it loads up his mobility insurance – not his car insurance – into the car. The car decides which route he’s going to take. Halfway down the line, the [driver] thinks he knows better, so he switches the car into active driving mode, and the car says: ‘I now know you are in active driving mode, which means if you get into an accident, it’s definitely your fault.’”

Continuing the example, Milinkovich describes the driver pulling into the parking lot and crashing. At that point, the car’s automated assistant tells him to take pictures of the front left bumper. The driver does, then uploads these photos. The automated claims assistant responds, “Great. Based on the size and depth of the dent, we think you’ve done some damage that is not superficial, so we’re automatically going to approve your claim to a certain rate.”

The car’s automated assistant then describes how rates will change, and sends a new self-driving car that will be parked in a certain space at the end of the work day.

“It doesn’t sound that far-fetched if we are thinking over a decade away,” Milinkovich said during a session titled Insurance 2030: The Impact of AI on the Future of Insurance. “All the technologies that you have to think about to make that story happen exist today. If you think about that as an insurer…if you think about the way you operate as a business, and the different silos of the organization, and you think about all the things you need to change, it can seem terrifying.”

All that being said, Milinkovich shared four things carriers can do to begin making real progress against this important topic: define an AI strategy linked to identifiable business outcomes; invest in talent; shift towards an insights-driven culture; and adopt an Agile test and learn operating model.