How red tape is bringing telematics to a standstill 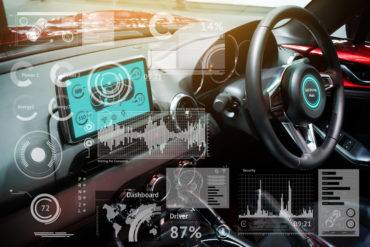 Canadian Underwriter asked IBC on Monday for examples of red tape that could be cut in the industry to help increase innovation. One example is that Ontarians should have access to “dynamic insurance products and services,” including UBIP, says IBC’s director of media and digital communications, Steve Kee.

UBIP customizes the price of insurance based on a person’s driving habits, rewarding good drivers with lower premiums. It generally consists of a device that a customer installs in his or her vehicle, or it can be an application installed on a smartphone, either of which allows an insurer to track distance driven and driving behaviours. The devices collate the information, which is then sent to the insurer to determine a price for insurance.

Ontario’s insurance regulator, the Financial Services Commission of Ontario (FSCO), imposes restrictions on insurers’ use of UBIP through Bulletin No. A-16/16. The restrictions in the bulletin include the ways in which consumers can be enrolled in UBIP, and the ways in which insurers can use the data collected through the UBIP device. Proposed UBIP models may first be reviewed by FSCO for comment, following which an insurer would make a formal filing for the Superintendent’s approval.

Insurer UBIP filings must include:

“If an insurer determines that any of the criteria initially used to determine prospective pricing need to be changed, the insurer may be required to re-file the UBIP model with the necessary adjustments,” the bulletin notes. “For example, if the majority of participating consumers see no reduction in premiums during the early terms, the insurer may need to consider whether the rating variables need to be recalibrated (for example, rating variables such as speed, acceleration or deceleration rates).”
In Ontario, the mechanism for amending the standard auto policy is by using an endorsement form. Under the Insurance Act, no auto insurer may use an endorsement form unless it has first been approved by the Superintendent.
Kee further notes that an insurer cannot use data that would indicate the individual’s actual driving habits to determine the price. This would be part of recognizing a client’s right to privacy, also a key feature of the bulletin.
“Largely because of the restrictions placed on UBIP, only a few insurers offer the option in Ontario,” IBC noted in its January 2017 report, Cutting the Red Tape: IBC’s Submissions for Ontario’s Red Tape Challenge, which contained various regulatory suggestions as part of the provincial government’s Red Tape Challenge.
Print this page Share