The impact of legacy systems on AI implementation

Legacy systems have long been the scourge of the industry and they are one of the things standing in the way of artificial intelligence (AI) implementation, a speaker suggested last week at the Insurance-Canada.ca Technology Conference in Toronto.

“There’s a bunch of legacy software out there, so we have to interact with legacy systems and legacy databases and they don’t necessarily have modern-day AI capabilities,” said Stephen Piron, co-founder and co-CEO of Dessa, a firm with offices in Toronto and New York that helps companies deploy AI systems. 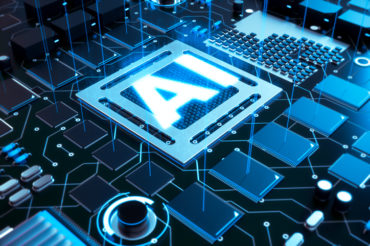 Another possible barrier to AI implementation is a lack of employees at big enterprises that have cutting-edge AI expertise. “Finally, once you have a model in deployment and it needs to be retrained, there’s a bunch of aftercare that needs to happen and that aftercare becomes much more complicated the more models you put in place.”

Piron discussed some of the challenges associated with implementing AI at scale, as well as the benefits and several use cases during a session called Getting AI Right the First Time. The various benefits of AI include helping:

One of the case studies Piron outlined was for Scotiabank, who wanted to model credit card behaviour. The bank used “traditional statistics” to model the behaviour, but had to build a new model manually every time it issued new credit cards to a different population or when there was geopolitical changes in the world (such as the price of oil going down, making it difficult for some Albertans to pay their credit cards, for example). The human-built model took about six months to build.

“The outcome of this was that it took a tremendous amount of work to put this through because we needed to build all of the infrastructure necessary to do cutting-edge AI in the enterprise system before we could even do it,” Piron said. “It necessitated us building our own tools and really underlying the need for all our tools. Thankfully, it worked out and created a bunch of momentum in this organization, which lay the groundwork for us to do further things.”

Although some companies may argue it’s not worth ripping up their old infrastructure to invest in new technology, “companies that build the foundational structure for AI now will have exponential competitive advantage over those who don’t,” Piron said.

Generally speaking, there is enthusiasm for AI and Dessa tries to filter it down to use cases that add the most business impact to the organization, Piron said. “We prioritize them by how feasible they are given the data sets available and we business case each of them. This kind of sequenced approach to use cases we found is the best way to get this through an organization and build large-scale momentum.”