The limits of artificial intelligence in insurance

Artificial intelligence has not reached the point where it is replacing humans in the insurance industry because many processes still require human intervention, speakers said at a recent insurance conference.

Artificial intelligence is used in some cases for client engagement – with a chatbot for instance, Charles Dugas, head of insurance at Elemental AI, said during a panel discussion at the recent Property and Casualty Insurers’ Risk Management Conference.

“The idea is that you will still want to have a human in the loop,” said Dugas. This, Dugas suggested, is because a software program will not always know how it should handle communication from a customer. 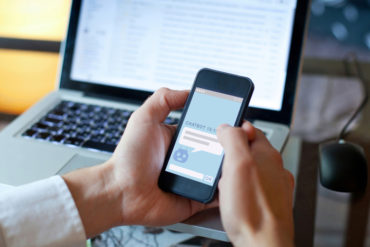 “So rather than seeing this black and white situation, where it’s 100% manual or 100% automated, there’s this happy middle you may reach where there is a portion of your easy cases are handled automatically and the other portion is really managed by humans,” Dugas said during the conference, held April 4 at the Toronto Board of Trade.

The idea behind machine learning and artificial intelligence is that a computer program is fed large volumes of data and learns about relationships among variables, said panelist John Hull, a professor at the University of Toronto’s Rotman School of Management.

“It seems to me that AI or machine learning can only work with lots of data and that data has to be relevant to whatever decision is being made. If it’s a routine decision and there is lots of data then you can leave it to the algorithm, but there has got to be a human being to decide whether in fact the decision is a routine decision or whether it is a decision that [the available] data is not relevant to and it’s going to require some human intervention,” said Hull.

A common AI use case is optical character recognition, said Dugas. So AI software would read printed material, such as faxes, and process information from that. AI can also be used by a claims department, so that a computer rather than a human assigns a claim to a specific adjuster Dugas suggested.

Panelists were asked about the impact of AI on employment.

“I think most people agree that we are probably 40 or 50 years out from general AI where computers are as intelligent and as flexible as human beings,” said Alex LaPlante, managing director of research at the Global Risk Institute, which co-hosted the conference.

“Now we have to think ahead and think about re-training a lot of people,” added LaPlante. “Not that everyone is going to be a data scientist or a machine learning expert. I think there is going to be a real need in terms of building people who can sit between the researchers and the business. There is still that need for interpretation. It will be interesting to see how everything plays out my guess is it is not going to be automatic job loss across the entire economy all right away.”

The other conference co-host was the Insurance Bureau of Canada.

One way claims adjusting can be automated is through the use of drones, Dugas said.

Rather than putting people on steep roofs to inspect for hail damage, you could send a drone flying over a roof, not only do you get pictures of the roof but you can use computer vision to detect damage.”