These three work tasks make the most sense to automate

If you’re looking to automate at your brokerage or insurance company, scrutinize specific tasks, not entire jobs, recommends a blog from Harvard Business Review.

There are three fundamental work characteristics that lend themselves to automation: 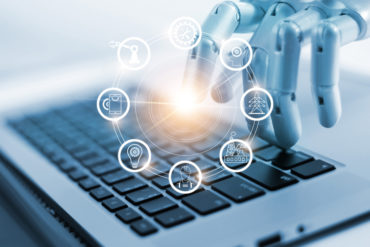 While virtually all companies are wrestling and experimenting with automation, most are missing the benefits that come from deep and systemic change, wrote the blog’s authors, Ravin Jesuthasan, managing director at Willis Towers Watson, and John Boudreau, professor of management organization at the University of Southern California’s Marshall School of Business.

“One of the largest failings, in our estimation, is that organizations aren’t spending the time necessary to deeply understand the work they’re considering automating,” wrote the authors in the blog How to break down work into tasks that can be automated, published Feb. 20. “They aren’t deconstructing jobs so the specific tasks that can be automated can be identified. And without deconstruction, companies risk significant collateral damage and minimizing their ROI as they attempt to automate entire jobs.”

One example used is the work tasks of a credit analyst, who gather and synthesize similar data for every loan application. They look for the same red flags in each piece of customer data that are pulled from bank records, credit rating agency data, government records and social media. In this case, RPA can perform such analyses as much as 15 times faster, with almost no errors, the authors report.

The work of an HR consultant, by contrast, is highly variable. Every client situation is different and every problem is unique. Such work is generally less amendable to automation, but advances in cognitive automation might automate some analytical tasks or “learn” from previous client engagements.

Independent work involves little or no collaboration or communication with others, while interactive work involves more collaboration and communication with others, and relies on communication skills and empathy. The work of an accountant preparing statutory reports for regulators with prescribed templates and decision rules is automation-capable. RPA could do information gathering and synthesis, while AI could perform much of the analysis and produce certain basic reports.

A call centre agent, or a broker, is an example of interactive work – matching their work to each caller’s unique emotions, needs and style of communication. Such work is generally less automation-capable, but advances in AI and sensors can detect the caller’s emotions and analyze the request to give the broker relevant information to better serve the caller with greater empathy and care.

The last work characteristic is physical versus mental work. The former is manual in nature (requiring manual dexterity and often strength), while the later involves cognitive abilities. The work of a manufacturing line assembler might lend itself well to “social or collaborative” robotics that are the result of combining AI, sensors and mobile equipment. But the mental work of an accountant can also often be replaced or augmented by RPA or cognitive automation.

These questions avoid the trap of treating all work as the same and equally eligible for automation. “Some work is harder to automate than other work and — just as important — some work makes sense as a single job while some work is able to be split into different tasks.”