The trade-off to using artificial intelligence to speed up claims

Canadian insurers wanting to handle claims like Lemonade are going to have to accept some trade-offs, a Claims Summit speaker said Tuesday. 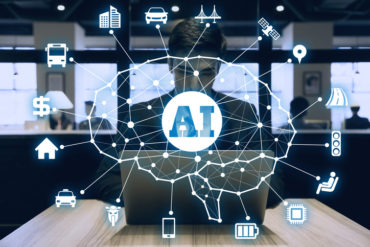 Lemonade claimed earlier that it set a world record when a customer who submitted a claim electronically – for a $979 parka – had the claim closed within three seconds. Within that three seconds, Lemonade says, Lemonade’s claims bot “reviewed the claim, cross referenced it with the policy, ran 18 anti-fraud algorithms on it, approved the claim, sent wiring instructions to the bank” and informed the customer that the claim was closed.

“That sounds fantastic,” Donna Ince senior vice president of personal and commercial insurance at RSA Canada said Tuesday. “We have had consultants come in and talk to us about how wonderful that is and what we should be doing on that side as well,” Ince said during the industry leader panel at the Canadian Claims Summit.

“But there is trade-off. The trade-off is leakage.”

Ernst & Young defines leakage as the difference between what an insurer actually paid out on a claim and what it would have paid out had the insurer followed industry and company best practices, EY said earlier in a paper titled Does your organization need to complete a claims leakage study? EY does not specifically mention Lemonade in the paper.

By using artificial intelligence in claims handling, “things will get cheaper to do but we also need to think about the fact that you are going to increase your leakage and you have to get really good and really tough on fraud,” Ince said. So an insurer using AI in claims should “have a whole load of digital analytics behind that fraud analytics to minimize that leakage,” Ince suggested.

The Claims Summit was held at the Intercontinental Hotel in Toronto and hosted by the Canadian Independent Adjusters’ Association.

Industry leaders on the panel were asked about customers who expect their insurance providers to give the same digital experience as Amazon.

With “smaller straightforward claims, every insurer out there is trying to make them so they are like your medical claim,” said Tim Guernsey, vice president of commercial claims for Waterloo, Ont.-based Economical Insurance.

“It is going to be online, and the next generation does want to do that. That’s great, but they have to understand they are getting something different than ordering something from Amazon, where I am dropping a product off at your door,” added Guernsey, who recently joined Economical after working several years at RSA Canada.

For small farm mutual insurers, “our ability to innovate and move into data and technology will focus on underwriting, risk selection and distribution” as opposed to claims, said John Taylor, president of the Ontario Mutual Insurance Association.

“When I talk to our mutuals, they don’t perceive that they have a claims service or a claims satisfaction or a claims delivery or a claims speed problem,” reported Taylor. “At the end of the day, as a claim adjuster or a claims department, you are providing empathy, expertise and judgement. Nothing from a technological standpoint can really replace that.”