The untapped potential of telematics in auto claims

Telematics, which records data on vehicle behaviour, is used now mainly for underwriting, but the technology can also provide a treasure trove of information for claims adjusters, one vendor suggests.

Auto insurance claims adjusters could potentially use telematics to determine how many passengers were in a vehicle that was involved in a collision and whether those passengers were wearing seatbelts, suggested Nino Tarantino, North American chief executive officer of Octo Telematics, in a recent interview.

Telematics refers to technology that records data such as speed, location and driving behaviour. It has traditionally been used by commercial fleet managers – for applications including vehicle diagnostics and tracking where vehicles were driven and when. More recently, telematics has been used by insurers to determine premiums, because telematics can detect behaviour – such as speeding, sudden acceleration and hard braking – indicative of risk. 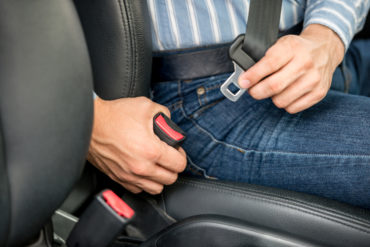 With telematics, an insurer can also find out “in real time that there was a car accident and they know where it happened, when it happened and how the car was damaged,” reported Tarantino.

In the event of an accident, an adjuster can find out what part of the car was damaged and how severe it is.

An adjuster could also assess the “probability” that someone got whiplash, added Tarantino.

An insurer “can call the customer and say ‘Is everything okay? We are here. We want to give you a good experience on claim. Tell us more about the car accident,’” said Tarantino.

Closing the claim faster “is a huge benefit for insurance companies” because that reduces the cost of administering the claim, said Tarantino.

Using telematics to determine rates is commonly known as usage-based insurance, or UBI.

The Financial Services Commission of Ontario (FSCO) lets insurers use data gleaned from UBI programs to “prevent fraud and to manage claims,” FSCO said in a bulletin released in December, 2016.

This is not without restriction. UBI data “should not result in the unreasonable delay in, or resistance to, the fair adjustment and settlement of claims,” FSCO said in 2016. “Additionally, it is expected that UBI data will supplement – rather than replace – standard claims management practices.”

With telematics, insurers can also build additional services such as monitoring automotive systems.

“One day we may be able to tell the customer, ‘in one month your battery is going to die. You need to replace it,’” Tarantino predicted.

Tarantino was named Innovator of the Year at the TU Automotive conference and trade show, Octo announced June 7. Octo provides the technology that CAA Insurance will use for its MyPace, announced in May. With MyPace, CAA Insurance is targeting Ontario motorists who drive 9,000 or fewer kilometres a year, basing premiums in part on total distance driven and using  telematics to measure that distance.