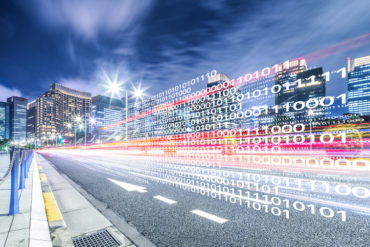 Veniam’s aim “is to connect thousands of buses, taxis and autonomous vehicles to operate as a vehicle mesh network, thereby expanding wireless coverage, collecting terabytes of valuable data, and, ultimately, contributing towards the ambitious goals of Singapore’s Smart Nation initiative,” the company reports in a statement issued Monday.

The partnership will enable “Singapore to become one of the first nations in the world to benefit from an infrastructure of mesh connected vehicles,” the statement notes, adding that Veniam’s technology “has already been proven” in the United States and Europe.

The newly signed long-term agreement foresees joint go-to-market activities between the two companies, the statement notes, with the goal being to deploy Veniam’s solutions at city scale, while leveraging StarHub’s 4G LTE and fiber infrastructure.

Related: Half of smart city objectives will include climate change, resilience and sustainability key performance indicators by 2020: Gartner

Launched in late 2014, Smart Nation’s website notes the idea is to put in place “the necessary infrastructure and policies to build capabilities and a supportive ecosystem to create a conducive environment so people and companies can take full advantage of the digital revolution to co-create innovative solutions that will enhance the lives of our citizens.”

The newest partnership between Veniam and StarHub builds on the collaboration between the two companies, “which involved piloting Singapore’s first mesh network of connected vehicles,” the statement notes.

Up and running on the Comfort Delgro shuttle buses that circulate in the National University of Singapore since June, “Veniam’s mobile Wi-Fi service has been used by tens of thousands of users and generated millions of Internet sessions,” it adds.

“The convergence of transportation systems with advanced communications and data analytics is revolutionizing public transit and urban mobility worldwide,” says Joao Barros, CEO of Veniam, which is growing its presence in the Asian market.

The company’s solutions are composed by hardware, software and cloud components that deliver managed services to intelligent transportation systems in New York and Singapore, as well as in the world’s largest network of connected vehicles, which includes taxis, waste collection trucks and the entire public bus fleet in Porto, Portugal.

The company is backed both by venture capital firms and corporate investment arms of several mobile, digital, vehicle and cable firms.