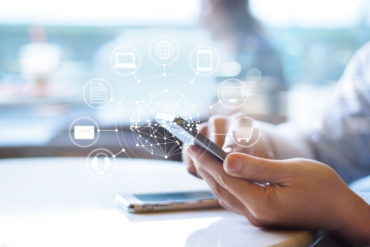 “Your large insurance companies… ought to be thinking about an ISO 20022 environment and how they are going to modify their systems and what vendors they have and are those vendors ISO-enabled?” said Justin Ferrabee in an interview. “They should start that process because it takes time. They should talk to their bank about when their bank is ready to accept those messages.”

ISO 20022 is “becoming the standard for electronic funds transfers globally,” Payments Canada said in a press release on February 6. The global standard enables the transfer of rich data with payments (traditionally, data and payments are kept separate). Bringing rich data and payments together has the potential to improve automation and efficiency, reducing many of the pain points in accounts payable and receivable–particularly for insurance organizations, which process large volumes of payments.

As one of the largest users of the payment system in Canada, insurance companies would be well-advised to understand standard financial messages and the payment infrastructure. “It’s not helpful if I attach the information to the payment, and I give it to you, and the first thing you do is take them apart so you can process them,” Ferrabee said.

For insurers, changing payment technology will not be the hard part. “Right now, their business processes are probably the hardest change,” Ferrabee said. “You can start preparing for it, using it and, if you want to take advantage of it in the marketplace, you can use it now,” he said.

Payments Canada is going through a process of putting the standard in place for its own system. Companies such as a heavy supply chain operation may even use it internally for their own processes “because it helps reconcile things so effectively,” Ferrabee said.

Ferrabee sees a tension between the quick pace of innovation and implementing the new standard without breaking the financial system. When you’re dealing with big dollar transactions, to which a great deal of risk attaches, the various players involved have to move in a prudent, managed, disciplined way, he said.

He compares it to a three-legged race. “Imagine we are doing a 30-legged race, so everybody has got to be moving at the same time, so it moves more slowly,” Ferrabee said. “We’ve all got to cross the line close to the same time and we’ll do that, but it’s slower than you think.”