Why Amazon and Google aren’t eating your lunch in Canada

While the hardening market has taken a significant bite out of the industry’s profits, it may also be insulating brokers and insurers from competing against giant tech disruptors such as Amazon and Google for insurance sales, says a former financial adviser to Canada’s P&C industry.

Neil Parkinson, now retired after 39 years as KPMG partner (including 11 years as the group’s national insurance sector leader), spoke as a panelist at InsuranceCanada.com’s 2020 ICTC Conference in Toronto Wednesday. The KPMG panel discussed the firm’s recent research into the drivers of tech innovation.

Responding to a comment by a speaker earlier in the day — who asked if the insurance industry was really all that far behind other industries when it came to digital innovation — Parkinson observed that the P&C industry is “not a trail-blazer or a fast-learner” when it comes to tech innovation. “More of a slow follower,” as he put it.

In theory, that would make the industry ripe for disruption by big tech innovators who can offer consumers self-serve distribution models. And so why aren’t consumer tech giants such as Amazon and Google selling insurance in the Canadian P&C marketplace? 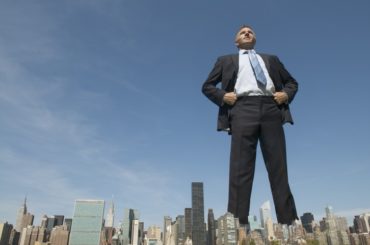 To some degree, the industry can thank the ravages of the current market cycle for that, Parkinson observed.

“I think one thing that has saved the industry in a way from having a non-traditional player coming in as a disruptor, is, frankly, we are not profitable enough,” he said.

The Canadian P&C industry’s combined ratio, a measure of profitability, was 104.5% during the first six months of 2019, as noted by A.M. Best. (Over 100% is a loss, while under 100% is a profit.) Industry-wide return on equity (ROE), another measure of profitability, stood at 4.6% after the first six months of 2019, the Property and Casualty Insurance Compensation Corporation (PACICC), has reported. That’s well below a 10-year benchmark of 10%.

“If you look at the ROIs [return on investment figures] in the P&C industry, they’re not all that great,” Parkinson said. “It doesn’t get over the hurdle rates of banks [i.e. the minimum rate a company wants to earn when investing], so the banks have largely exited consumer insurance. If you’re great in P&C insurance, you can target 10% to 11% [ROI], and the hurdle rate is higher.”

The industry’s financial woes in recent years may have played a role in quelling “the early fears we had that Microsoft or Google was going to come in and kill all of us by doing something cool,” said Parkinson. “That just hasn’t happened.”

Related: How to keep Amazon and Google from eating your lunch? Think retail….

That’s not to say it couldn’t happen in the future, Parkinson qualified. But to become a true “game-changer” in innovation within the P&C marketplace is going to be difficult, he suggested.

A number of forces in the marketplace represent strong headwinds against game-changing innovators, Parkinson suggested. For example, many of the innovation projects in the P&C space could easily become “table stakes” in the future, he pointed out. Industry players are commonly working on something that could easily be replicated by a competitor within six months. And the fact of the matter is, most P&C industry players simply can’t afford to become technology trail-blazers, he added, and so they tend to outsource tech innovation to others.

One game-changing insurer in the U.K. space, in order to support their innovative new offering, had to start up a call centre with a head count of 500 employees, as Parkinson observed. That represented a major cost associated with the innovation.

And even if innovative projects cut the company’s COR down by eight or nine points, regulators will pressure companies to give those savings back to consumers in the form of premium reductions.

“The other thing we think about when we talk about these kinds of [innovative] proposals is, ‘Okay, if I can take 200 basis points out of my ratio, do I get to keep it?” Parkinson asked. “If it’s in auto insurance, it doesn’t take very long for it to show up in your rate filings to the provinces, where you have regulated auto insurance. So these [savings] tend to be temporary in nature, when you look at [taking] certain costs out of [the company’s bottom line through innovation].”