If your brokerage sent its employees home to work on the assumption that all they need is a broadband Internet connection, things might not go as smoothly as planned.

“You will get quoted the downstream number, so you have 50 [megabits per second] down, but you may find you only have 10 Mbps up, and that’s the nature of how most residential services are delivered,” Strople said Thursday in an interview with Canadian Underwriter.

A “bit” per second is a standard measure of how fast computers can send data to one another. In the mid-1990s, a typical modem on a copper phone line got less than 50,000 bits a second. A megabit per second is one million bps. 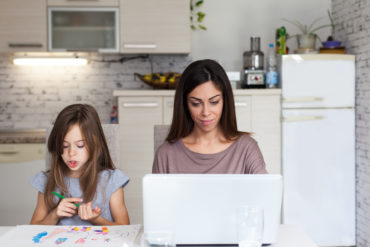 “Typically, a business connection is required to be symmetrical, in that they will push data up as fast as they pull data down,” said Strople, citing Zoom, Webex and other conferencing products as an example.

Strople was asked about the challenges of keeping networks up and running if most of the work force is working from home as a result of the COVID-19 pandemic.

A lot of employees do not even know what their home Internet connection speeds are, said Jeff Creasy, vice president of IT technology solutions at Extreme Networks Inc., in an interview Thursday.

“If you have a 100 [megabits per second] down and 25 [Mbps] up, you are probably going to be just fine for most work environments. Across North America, most people have some level of broadband access. It’s really just letting people know what to be aware of,” said Creasy.

This is especially true if a couple is working at home and the kids are not at school.

“All of a sudden, when you have kids at home doing online classes, you have a spouse who may also be working from home – it’s just an awareness of paying attention to what bandwidth you have,” said Creasy.

During the pandemic, Extreme Networks is advising its own employees to test the upstream and downstream data transfer rates of their home Internet connections.

“If you are streaming movies, you are just going to have to be more intentional about how you are consuming bandwidth, and maybe make adjustments in your schedule, or with kids home, playing video games. There are practical common sense things that people can do to help manage whatever bandwidth they have,” said Creasy.