Why the insurance industry should consider partnering with Google and Amazon 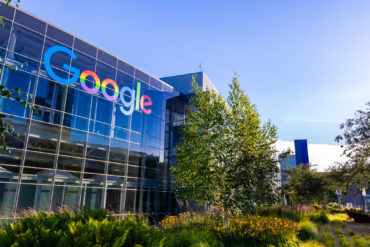 Google office building in the company’s campus in Silicon Valley.

Don’t scoff at the prospect of Silicon Valley tech giants getting into the insurance business – and the insurance industry should consider partnerships with them, one expert said at a recent conference.

Denise Garth, Majesco’s senior vice president of strategic marketing, told attendees of the Insurance-Canada.ca Executive Forum in Toronto recently that Google and Amazon are well-aligned to start offering insurance products to their customers. Simply, those companies are already so entrenched in people’s lives that it’s only natural that the insurance industry teams up with them.

“Are they going to be an insurance company? I don’t believe so. But are they going to have different kinds of partnerships that are going to offer insurance in a different way?” Garth said. “Who gets there first, and who can actually integrate into a process like that, I think will be the real winners.”

There’s already an example in place, she noted. Alibaba, the Chinese e-commerce and retail giant, partnered with an investment company and an insurer to launch Zhong An, a digital insurance company, in 2013. Alibaba is able to leverage its user base to attract customers over to the venture.

Ride-sharing companies are also on a similar track to move into the insurance industry. “Uber and Lyft are also in there … they’re thinking about insurance differently,” Garth said.

They are considering entering the insurance business because they are facing challenges when their drivers have claims to resolve. In the U.S., four private insurers offer policies for ride-sharing. The problem arises when ride-sharing drivers in the United States must resolve a claim, because the claims-handling process varies between carriers.

“When they have a claim, their experience is different depending upon the insurance company.” Garth said. “The biggest problem these [ride-sharing] companies have is retaining their drivers, so if drivers have a bad insurance experience [with any given company], there’s a real risk the driver will leave. So what [the ride-sharing companies are] trying to figure out is, how do they re-think the process? How do they re-think how they’re going to offer insurance to their drivers so that they have control of that process, control of that [claims] experience, so that they can have the retention of a driver? They’re switching the thinking of that process.”

Could they self-insure themselves? It’s possible, she said.

“Then it becomes a real threat. Then they own the process. That’s where we’ve got to think about this differently. Who’s their customer? Their drivers are their customer. They’re also our customer, but they have a business model that is really dependent on [driver retention] because there’s fierce competition between Uber and Lyft and others that are starting up.”

Garth downplayed the likes of Apple or Facebook moving into the insurance arena, citing a poor alignment, but she thought Netflix might be a sleeper candidate. They have found ways to innovate and stay on top of the market, so don’t count them out, she said.