How blockchain may ramp up your liability exposure

Alex Drylewski is a partner of complex litigation and trials with Skadden, Arps, Slate, Meagher & Flom LLP in New York City. He observed that enforcement actions by the U.S. Securities and Exchange Commission (SEC) and private securities litigation brought on behalf of investor classes have proliferated throughout the United States over the past two or three quarters. 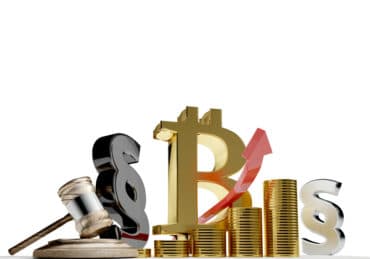 Does this mean lawsuits will flourish in Canada as well?

A blog late last month on Borden Ladner Gervais’ website said decisions in securities lawsuits will impact the Canadian crypto-market. “While not binding, Canadian courts and regulators often look to their American counterparts in order to have a cohesive market,” the blog said. In addition, the two main tests to determine a security’s existence are adapted and modified from their U.S. counterparts.

Blockchain is a decentralized digital ledger in which transactions made in bitcoin or another cryptocurrency are recorded chronologically and publicly.

Drylewski said the regulatory landscape for initial coin offerings (ICO) – the means by which funds are raised for a new cryptocurrency venture – and tokens in general is “up in the air.”

While the legal community is achieving “clarity with every passing day,” Drylewski said, a lot of uncertainty exists around the SEC’s enforcement jurisdiction. Also unclear is the role of the U.S. Commodity Futures Trading Commission and others in determining the limits of raising funds through blockchain tokens and ICOs.

BLG’s blog mentions the case of Ripple Labs, a highly publicized investor litigation in which Skadden is representing the company.

“Not only was the company Ripple Labs named as a defendant based on allegations of an unregistered securities offering, but you see directors and officers, executives – and in some cases, parent companies or affiliates, and even high profile investors – being named as defendants,” Drylewski said. “We’re seeing these securities class actions pop up reportedly on behalf of a class of all purchasers of a given ICO or cryptocurrency, seeking recision or damages on the grounds that it was an unregistered securities offering.”

Drylewski said litigators are seeing the scope of defendants broaden because of the evolution of the “statutory seller” definition, which describes people who substantially aid in the solicitation of investors in the offering. Some cases involve allegations of “material misstatements or omissions in public documents relating to whatever the relevant token or blockchain project is.”

“When you factor in the blockchain or digital asset factor, it further complicates the underwriting process,” she said. “For companies that are doing some type of offering, whether it’s a [security token offering] or ICO, it is definitely more of a complex underwriting process or sales process on our side.”