When Intact started giving discounts on auto insurance to people with winter tires, the result appeared to be counter-intuitive.

Motorists insured by Intact who reported having winter tires installed “were having worse loss ratios” than those driving in the winter without winter tires, Jean-François Larochelle director of Intact’s data lab, suggested Wednesday during a webinar, dubbed Insurance Analytics to Supercharge Performance. “It was kind of surprising.”

Intact did some further digging to explain what was behind the unexpected loss ratios. “We were contacting people and saying, ‘Have you put on your winter tires?’” Larochelle reported. It turned out that many insureds who said they had winter tires had not in fact installed them.

“I don’t know if they lied or if they forgot to put winter tires on that winter,” Larochelle said. He was answering a question from a webinar attendee on whether he had any examples of “unexpected customer insights” gleaned from data analytics. 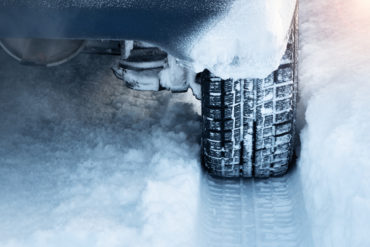 Intact led the Canadian property and casualty insurance market, with 17% of the industry’s net premiums written in 2017, according to Canadian Underwriter’s 2018 Statistical Guide.

Winter tires have been mandatory in Quebec since 2009.

This is not the case in Ontario. However, since Jan. 1, 2016, the province has required auto insurers to give discounts to customers with winter tires. Many Ontario auto insurers give customers a 5% discount for having winter tires,  Elliott Silverstein, manager of government relations for CAA South Central Ontario, told Canadian Underwriter earlier. Discounts vary by company and by individual policy.

“Claims are reduced when people have winter tires on their cars, especially driving in climates like we have in Ontario,” CAA Insurance president Matthew Turak said this past May during a press conference in Toronto. “The treads on the tires do allow you to stop sooner and prevent accidents.”

He made those comments in passing during the launch of CAA MyPace, an auto insurance product aimed at customers who drive fewer than 9,000 kilometres a year.

The amount a motorist will save annually on auto insurance by installing winter tires is much less than the cost of a new set of winter tires. Snow tires cost roughly $65 to $120 each, in addition to the cost of all-season tires used outside of the winter season.

“There is an incredible false economy to saying, ‘No, I don’t want to put winter tires on my car,’” Ontario Safety League president and CEO Brian Patterson told Canadian Underwriter earlier. “Anybody’s who been in a small, low-speed collision will soon realize that the deductible damage that you are going to incur yourself is probably more than that set of tires.”

After a large snowstorm, collision reporting centres “will tell you that the vast majority of vehicles that are in there from significant collisions don’t have winter tires,” Patterson said.

More News
Related
Will telematics make territory-based rating a thing of the past?
Known, hidden risks in supply chains demand an overall strategy for evaluating and mitigating risk: QBE
“Mobile-first” insurtech may be coming to Canada
CU Total Loss Series: Where are the bottlenecks?