Adjusters and insurance defence lawyers who think the “apples-to-apples” approach to deducting future no-fault benefits from tort awards is rotten will likely find relief in a Supreme Court of Canada ruling released Thursday.

Canada’s top court announced July 11 it will not hear an appeal from Ontario auto accident victim Chad Cadieux, who was catastrophically injured in 2006.

The Supreme Court’s decision not to hear the case essentially upholds a “siloed” approach to deducting accident benefits from tort awards. In other words, when deducting accident benefits from tort awards, the court is not necessarily matching identical heads of damage. Under an “apples-to-apples” approach, an insurer paying out on a motor vehicle tort claim can only deduct future no-fault benefits if the jury’s award “mirrors” the no-fault benefit.

One immediate consequence of the Supreme Court’s refusal to hear the case is that a $701,000 court award for the cost of an acquired brain injury support worker for Cadieux is now cut to about $100,000. This is because Cadieux got $250,000 in medical and rehabilitation and $350,000 in attendant care from first-party accident benefits. Cadieux had argued the attendant care benefit should not have been deducted from the tort award. 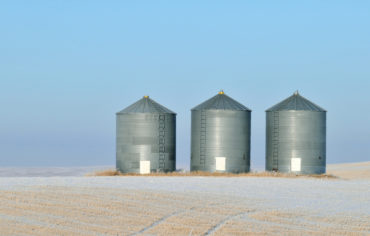 Ontario auto insurance law is designed to prevent double recovery. An injured plaintiff is not supposed to get both first-party accident benefits from their own insurer and a damage award for the same loss by suing the at-fault motorist. Instead, when a plaintiff makes both an accident benefits and tort claim, accident benefits awarded are essentially deducted from the tort award.

But it’s not always cut and dry. This is because both accident benefits and tort awards have different heads of damages – such as income replacement, healthcare and other economic losses such as housekeeping.

Cadieux was injured in 2006 during an altercation with Eric Saywell on or near the shoulder of a road. Cadieux stumbled into the path of a truck driven by Susan Cloutier. Cadieux was hit. His injuries included a fractured skull and brain damage. He is unable to manage his own affairs.

A settlement with Aviva resulted in $900,000 in accident benefits for Cadieux.

Justice Charles Hackland of the Ontario Superior court of justice presided over the lawsuit. After the jury delivered its verdict, Hackland had to make several decisions affecting how much Cadieux would ultimately get from Saywell’s liability insurer. Appeals from both sides brought the case before the Court of Appeal for Ontario.

One of Justice Hackland’s decisions, upheld on appeal, was to deduct $600,000 from the $701,000 cost of an acquired brain injury support worker.

In arguing that $350,000 in attendant care benefits should not have been deducted, Cadieux’s lawyer reasoned that when judges deduct accident benefits from tort awards, they should use the “apples-to-apples” approach. Justice Hackland used a “silo” approach, meaning that when deducting accident benefits from tort awards, the court is not necessarily matching identical heads of damage.

As a result of Cadieux v. Cloutier, released Dec. 4, 2018 by the Court of Appeal for Ontario, the “silo” approach is now Ontario law, and the “apples” approach is not.

The apples approach was taken in Bannon v. McNeely, released in 1998 by the Court of Appeal for Ontario. A similar approach by the same court was used in the 2015 ruling in Gilbert v. South.

Cadieux was heard in 2018 by a five-judge panel. The Appeal Court was asked to determine whether the “apples” approach taken by Bannon in 1998 and Gilbert in 2015 was still good law in Ontario, or whether courts should follow the silo approach taken in 2017 by the Court of Appeal for Ontario in El-Khodr v. Lackie.

Ultimately, the Court of Appeal for Ontario ruled in 2018 in Cadieux that El-Khodr is good law while Bannon and Gilbert are not.

In Gilbert in 2015, the Court of Appeal for Ontario ruled that a liability insurer paying out on a motor vehicle tort claim can only deduct future no-fault benefits if the jury’s award “mirrors” the no-fault benefit – thus apples to apples.

But three years later in Cadieux,  the five-judge panel said a “strict apples to apples matching …  makes auto personal injury lawsuits unnecessarily complicated when the plaintiff also got accident benefits….Bearing in mind the principle that the plaintiff should be entitled to full compensation for the loss incurred, but no more, a matching of the damage award to the corresponding silo does just that.”

Quoting section 224 (1) of Ontario’s Insurance Act, the Court of Appeal for Ontario noted in Cadieux that for accident benefits, there are three categories or “silos.”

Ontario’s Insurance Act “does not support matching at a more particular level than the three silos of income loss, health care expenses and other pecuniary losses” when deducting accident benefits from tort awards, the Court of Appeal for Ontario ruled in Cadieux.

Until 1996, Ontario’s insurance law did not group benefits to be deducted into categories or silos. “Instead, it lumped all accident benefits together and required their deduction from the tort award,” the Court of Appeal for Ontario said in Cadieux in 2018. “In contrast, the current statute sets out broad categories of [statutory accident benefits] from which the tort award must be deducted.”