This year so far is on track to be the worst year in a decade for serious/catastrophic injuries, government auto insurer Manitoba Public Insurance (MPI) reported Friday.

While traffic volumes still remain relatively low due to the COVID-19 pandemic, many drivers have dramatically increased their speeds, MPI said in a press release. The majority of serious or catastrophic injuries take place on rural roadways where speed limits are typically higher, increasing the severity of the crash. 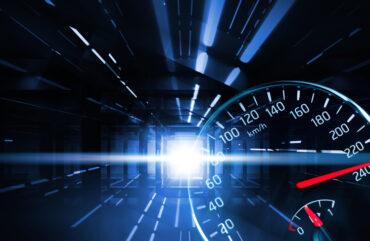 By comparison, there were nine and eight serious/catastrophic injury claims during the same time period in 2018 and 2019, respectively.

Last year, Manitoba set a new record for the worst year in a decade with a total of 23 serious/catastrophic injury claims opened with MPI. On average, there are approximately 20 such injuries each year.

“While we’ve experienced a decrease of nearly 22,000 collision claims during the period of January to July 2020, compared to the same time frame in 2019, unfortunately, serious injury counts are dramatically higher,” said Satvir Jatana, vice president of employee and community engagement with MPI.

“These types of injuries typically result in very long hospitalization and recovery time for those affected,” Jatana said. “The injuries are devastating, often resulting in total or partial paralysis, amputation, serious brain injury, or life-changing trauma. In some cases, the injured person may require care 24 hours a day.”

Related: Open roads: Driving “fast and furious” during the pandemic

Recently, MPI reported a 60% increase in speed-related serious driving offences forwarded to the Registrar of Motor Vehicles from April to June. Speed infractions of 50 km/h or more over the limit are one of several offences that must be reported to the registrar. After receiving the serious offence notice roadside, drivers are given five business days to contact MPI to schedule a show cause hearing.

Across the country, there was a growing trend of dangerous driving on the open roads during the pandemic. In May, the Ontario Provincial Police caught two drivers going more than double the speed limit on highways. (The posted limit on the 400 series of highways is 100 km/h). One driver was clocked going more than three times the speed limit (308 km/h), while another driver was caught driving 207 km/h.

RCMP in British Columbia have also said they’ve noticed more speeding tickets being handed out by their members. Over the Easter long weekend in April, one of the BC RCMP’s divisions reported that 41 vehicles were impounded and ticketed for excessive speed. The Vancouver Police department even shared the image of one vehicle being towed after it was clocked going 93 km/h in a 30 km/h zone.