Fairfax-Allied World deal among the ‘most noteworthy’ of recent insurance M&A announcements: Willis Re 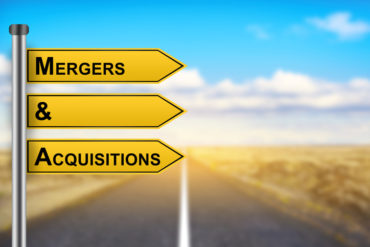 The Willis Re 1st View is published three times a year – at the beginning of January, April and July.

In this month’s report, Willis Re suggested the “vast majority” of nationwide insurers in Canada are in “various phases of rollout” of overland flood coverage, while worldwide, there has been a broadening of terms of aviation war liability coverage in the excess of loss market.

“These two transactions reflect the view that the new U.S. government may provide a more favorable corporate tax environment, leading to a change in the balance, tilted against the offshore model,” wrote John Cavanagh, global chief executive officer of Willis Re, in the forward to the 1st View.

“After a slow start to 2016, (mergers and acquisition) activity in the global insurance sector has picked up over the past few months,” Willis Re said in the report. “The most noteworthy recent M&A deals Liberty’s acquisition of Ironshore, Fairfax’s acquisition of Allied World and Sompo’s acquisition of Endurance, demonstrate that scale and global diversification remain highly relevant drivers.”

Fairfax’s holdings include Toronto-based Northbridge Insurance, a majority of London-based Lloyd’s insurer Brit PLC, Stamford, Conn.-based OdysseyRe and Morristown, N.J.,-based Crum & Forster, among others. The merger agreement is valued at about US$4.9 billion. Allied World shareholders would receive a combination of Fairfax shares and cash equal to $US54 per Allied World share.

“Fairfax has the option to replace on a dollar-for-dollar basis this portion of the stock consideration with cash in an amount up to $30.00 per Allied World Share, together with the dividend, for up to a total cash consideration of $40.00 per Allied World Share,” Fairfax said in December. “Fairfax may elect to fund the $30.00 in cash by an equity or debt issuance or by bringing in third party partners.”

Like Allied World, Ironshore also has a Canadian operation, whose coverages include general commercial property, energy property and builder’s risk. Fosun agreed to sell Ironshore to Liberty Mutual less than two years after it acquired it. A.M. Best Company reported in 2015 that Ironshore was sold that year by Irving Place Capital and Calera Capital Advisors.

In addition to M&A, Willis Re commented in this month’s 1st View on different lines of P&C insurance and different territories.

“The general aviation and aerospace sectors continue to suffer from sustained overcapacity and reductions are in the region of 20%-30%,” Willis Re reported. “From a coverage perspective Q4 developments have seen a broadening of ‘Grounding’ and ‘War Liability’ cover in the excess of loss market.”

In the Canadian property insurance sector, “2016 proved to be a very active year, particularly for non-modeled losses emanating from the Ft. McMurray wildfire loss and hail events across Alberta and Manitoba,” Willis Re stated. “The vast majority of these losses have been carried by reinsurers.”

Willis Re also noted that in Canada, water protection coverage has “now become prevalent with the vast majority of nationwide insurers in various phases of rollout across the country.”

Until 2015, there was generally no coverage, for residential properties, for overland flooding. Aviva Canada Inc. and The Co-operators Group Ltd. announced their products early that year. Other insurers have since announced offerings.