Fairfax Financial Holdings Ltd., the corporate owner of Northbridge Insurance, announced Wednesday it has agreed to buy Auckland-based Tower Limited, which writes property and casualty insurance in New Zealand and nearby nations. 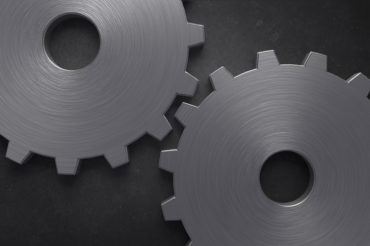 Tower’s shareholders, if they approve the deal, would get 1.17 New Zealand dollars (worth about 94 cents on Thursday), meaning it would cost Fairfax about NZ$197 million.

The announcement comes less than two months after Toronto-based Fairfax announced its board of directors is recommending the firm acquire Allied World Assurance Company Holdings AG. Depending on how much stock Fairfax issues to shareholders of Zug, Switzerland-based Allied World, the deal could be subject to the approval of Fairfax shareholders. It is also subject to approval from Allied World shareholders, as well as from insurance, securities and competition regulators.

If Fairfax acquires Tower, it would give Fairfax “an immediate significant presence” in New Zealand and the Pacific islands, stated Prem Watsa, Fairfax’s founder, chairman and chief executive officer, in a release.

In addition to its New Zealand insurer, Tower has subsidiaries in the Cook Islands, Fiji, Papua New Guinea, Samoa and Vanuatu.

“Tower will call a special meeting of shareholders to obtain shareholder approval. This meeting is expected to be held in April 2017. Approval at that meeting must be by at least 75% of votes cast, representing more than 50% of the total voting rights of the company.”

On Nov. 29, Tower announced its intent to create a separate company, known as Runoff Co. to manage claims from the Canterbury earthquake. Runoff Co would own the liabilities related to the Canterbury claims.

Tower said in its annual report that it exceeded its catastrophe reinsurance and adverse development cover limits in relation to the Feb. 22, 2011 earthquake. Ultimate incurred claims are NZ$482 million and the insurer has NZ$375.35 million in reinsurance. Tower indicated it still has reinsurance cover remaining on the earthquakes that occurred Sept, 4, 2010, June 13, 2011 and Dec. 23, 2011.

Tower noted in its annual report that it is in a commercial dispute with Peak Re, the provider of adverse development cover entered into April 2015. That cover provides for recovery of claims in the February, 2011 earthquake, Tower stated, adding the maximum value is NZ$43.75 million. Tower and Peak RE are in an arbitration process.

“The process of legal redress has risk and collection of the $43.75 million receivable cannot be certain,” Tower stated.

“Since announcing on 29 November 2016 its intention to create RunOff Co, Tower has progressed planning for separation which was designed to provide a path to unlock unrealised value for shareholders,” Fairfax stated in its release Feb. 8. “In the course of this work, the Board had been approached by Fairfax.”

The proposed Allied World acquisition is valued at about US$4.9 billion. During a conference call in December, 2016, Fairfax Insurance president Andy Barnard said company officials “really see a rather different profile of business from Allied World than what we currently have in our Fairfax companies,” in primary insurance.

Fairfax acquired its controlling interest in Brit in 2015. Initially Fairfax agreed to acquire 97% of ordinary shares of Brit. In June of that year, Fairfax announced it sold 29.9% of Brit to the Ontario Municipal Employees Retirement System.

OMERS announced Jan. 27, 2017 that it agreed to invest US$1 billion towards the Allied World acquisition. If that deal is approved, OMERS would indirectly acquire about 21% of Allied World’s issued and outstanding shares.

On Dec. 18 2016, Fairfax had said that Allied World shareholders would receive a combination of Fairfax subordinate voting shares and cash equal to $US54 per Allied World shares. Fairfax has the option to fund part of the cash portion by issuing debt or equity or by bringing in partners. OMERS is the first of those partners made public.