With marijuana legalization impending, now is not the time to lower the legal alcohol limit, CAA-Quebec argues

The federal government’s proposal to explore lowering the legal alcohol limit for drivers in a bid to improve road safety is “commendable,” but with cannabis due to be legalized in less than a year, now is not the right time to introduce such a measure, the Quebec branch of the Canadian Automobile Association suggested on Tuesday. 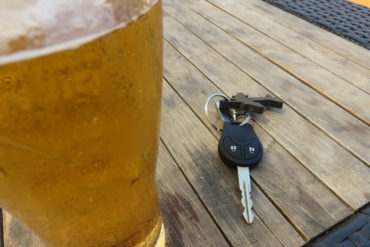 “Marijuana legalization is going to require major investments in prevention, awareness-raising and policing,” said Marco Harrison, director of the CAA-Quebec Foundation for Road Safety, in a statement from CAA-Quebec. “And the amount and degree of progress of such efforts, as well as the planned amounts to be invested, are already worrisome. If the [blood alcohol content] limit is reduced to 0.05 as well, we believe the governments would be biting off more than they can chew, and the pill for motorists would be too hard to swallow.”

The association said in the statement that Quebec is the only province in Canada that has yet to adopt so-called “administrative” measures for drivers found to have BAC levels between 0.05 and 0.08, “meant to serve as a serious warning, but without criminal consequences.” Harrison said that these measures are “very effective because they make people think. But because they don’t exist in Quebec, going ahead with an immediate change to the Criminal Code, with no phase-in period, could well create a lot of confusion and discontent.”

The statement said that CAA-Quebec has already come out publicly in favour of administrative measures, and a majority of its membership agrees. “Fully 59% of members surveyed in early 2017 said spontaneously that they would agree with such penalties,” the statement noted. “And when told that the risk of a fatal collision increases two- to nine-fold for a driver with a BAC level between 0.05 and 0.08, they are in favour to the tune of 77%.”

Studies by Quebec’s public health institute show there are real gains to be made by lowering the BAC limit to 0.5 from the current 0.08, the association suggested. “CAA-Quebec believes that this should eventually be done, but without skipping steps and by allocating the necessary amounts of money for prevention, awareness-raising and police crackdowns, without which such a measure could be less effective.”

Conversely, there is a lot more that authorities could be doing right away, CAA-Quebec contended. The association is calling on the Government of Quebec to earmark monies available in the Fonds de la sécurité routière to help police forces set up more roadblocks to detect impaired drivers. “Roadblocks are an extremely effective deterrent that should be in more widespread use, no matter what the legal BAC limit is,” CAA-Quebec said in the statement.

On Tuesday, the Canadian Press reported that federal Minister of Justice and Attorney General of Canada Jody Wilson-Raybould was considering lowering the legal alcohol limit for licensed drivers, according to a letter she sent to her Quebec counterpart. In the correspondence to Stephanie Vallee dated May 23, Wilson-Raybould suggested that lowering the limit to 50 milligrams of alcohol per 100 millimetres of blood from the current 80 milligrams would “make it easier to fight the danger posed by drivers who have consumed alcohol,” the Canadian Press reported.

Francois Meunier, who works for an association that represents restaurateurs in Quebec, said in the Canadian Press story that the proposed changes would also be a “disaster” for the province’s restaurant industry, particularly for business owners outside of big cities. “It’s about food sales that go with the alcohol,” he said. “It’s easy to talk about taking a taxi or public transportation, but in the regions, it’s not as easy.”

For their part, CAA-Quebec stressed that the talk of lowering the BAC limit is just that so far. “The CAA will be issuing its own recommendations in due course,” the statement added.

CAA-Quebec is a not-for-profit organization that offers automotive, travel, residential and insurance benefits, products and services.

1 Comment » for With marijuana legalization impending, now is not the time to lower the legal alcohol limit, CAA-Quebec argues