Mobile apps that allow policyholders to upload photos of damaged vehicles from auto accidents can help speed up the claims process, particularly for those involved in a total loss, the president of the Canadian Independent Adjusters Association (CIAA) said on Wednesday.

“If the damage can be seen immediately, the total loss process can be initiated quickly and settlement expedited,” said Monica Kuzyk, CIAA president and vice president of claims at independent adjusting firm Curo Claims Services in Waterloo, Ont.

Determining a total loss quickly is on the minds of insurance companies these days. During a recent conference call announcing its financial results, Intact Insurance indicated it has an action plan to reduce the severity of auto physical damage claims by determining more quickly whether a car is a total loss. If a total loss can be appraised quickly, the insurer can reduce its towing and storage costs. 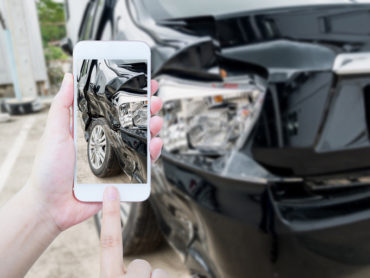 When mobile apps are used to help evaluate the extent of a loss, what happens to the adjuster in the process?

Adjusters are responsible for facilitating the evaluation process, Kuzyk told Canadian Underwriter, while auto appraisers and/or repair facilities prepare the estimate of damage. The claimant’s picture is sent to the insurer, which then decides whether the evidence goes to an appraiser or an adjuster.

“In most cases, the photos are uploaded to the centralized appraisal unit as well,” Kuzyk said. “The photos are seen by the adjuster.”

If the picture ends up with the appraiser, the process becomes one of quantifying the damage as opposed to adjusting the loss, says Kuzyk, “so it does allow the adjusters to focus on the investigation, to get the necessary information, and to coordinate more effectively when they’re not having to worry about how do they get the car to a shop to have it appraised.”

Kuzyk made her comments after Aviva Canada announced Monday that its auto policyholders whose vehicles get damaged in accidents can get their claims processed by taking pictures and uploading them to a mobile app.

The AvivaExpress app was developed by Chicago-based Snapsheet. Once a customer files a claim, he or she takes photos of the damage and submits them through the app, Snapsheet CEO Brad Weisberg told Canadian Underwriter earlier. Snapsheet employs a team of appraisers who then inspect the vehicle damage based on the photos and provide an estimate of how much repairs will cost.

Weisberg reported that during a pilot program using the Snapsheet technology, the company settled about 1,000 claims with the technology without physical inspection of the vehicle.