Broker and insurer leaders in Alberta are speaking out against those who would paint the insurance industry as nefarious actors looking to line their pockets at the expense of auto policyholders.

In particular, they dispute what they feel are negative characterizations made by FAIR Alberta, an advocacy group made up of consumers, medical and legal professionals. FAIR Alberta has been warning Albertans that a no-fault system, which would more collect more premium and pay out less in claims, is being pushed by the insurance industry.

The Insurance Brokers Association of Alberta (IBAA) and Insurance Bureau of Canada (IBC) shot down such claims recently in recent interviews with Canadian Underwriter.

“Nobody that I know of is proposing a pure no-fault insurance system in the first place, not IBC and not IBAA,” George Hodgson, IBAA president and CEO, said. “And that is just a full stop — that’s not what the two of us are proposing.”

“We feel a pure no-fault system is probably not in the best interest of consumers at this time, but that balance is needed to ensure people are getting the care that they require at an affordable rate,” said Celyeste Power, western vice president at IBC, in an interview.

FAIR Alberta didn’t respond to Canadian Underwriter’s request for comment. The organization has created a template letter for consumers to send to their local member of the legislative assembly. 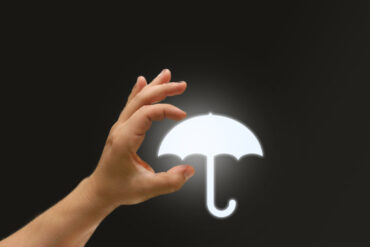 Proposals for changes to auto insurance in Alberta are under review by the Alberta Auto Advisory Committee. It will issue a report with recommended changes but it’s not known exactly when.

FAIR’s letter claims that a no-fault system is under consideration and would see insurers prioritize their bottom lines over serving drivers. “All the savings generated by reducing compensation to those who get injured will simply go to insurance company profits,” the letter says, adding that “Albertans still have to pay more in premiums, only to get less insurance coverage.”

The letter closes out by telling the elected official: “As a concerned consumer, I encourage you to stand up for fairness and say ‘no’ to the insurance industry lobbyists who want to regulate my rights away for their profit.”

In separate recommendations to the committee, IBC and IBAA are proposing a hybrid system of sorts. But it’s not a pure no-fault system. Both organizations want to keep any medical decisions in the hands of medical professionals. Numerous aspects of the proposal include tort, which pure no-fault systems do not. One part of the proposal is called “direct compensation for property damage,” which is a first-payer model —as opposed to no-fault — where the consumer would work through their own insurer to handle physical damage to their vehicle. This model is in place in all other private auto insurance jurisdictions except for Alberta.

“IBC researched auto insurance systems around the world to find what worked best for consumers. It was based on this research that IBC developed its recommendations to the advisory committee,” Power said.

“It’s pretty clear that it’s not a pure no-fault,” Hodgson explained. “Consumers are able to choose limited or unlimited right to sue to allow for premium flexibility. We’re also very heavy on integrating medical treatment and co-ordinating medical treatment under accident benefits. We believe that if people who are injured get the proper treatment, that in the end results in a lot less payout for insurers. And, it ensures that the injured party gets back to normal as much as they possibly can.”

“At least, it’s not true that it’s what the industry wants as far as I know it. I don’t know where it came from.
It doesn’t seem to be coming from any place other than FAIR Alberta at this point.”

FAIR Alberta recently released results of a survey that showed Albertans don’t want a no-fault system. However, Power raised issues with the way some of the questions were asked.

“While we are not advocating for a pure no-fault auto insurance system, our proposal does differ significantly from the lawyers’ proposal,” Power told Canadian Underwriter. “While their proposal is not public, we understand they want the status quo, which will not work for consumers.”

Care was noted as a priority for Albertans when IBC surveyed them last year, Power said, and was a focus when the organization put together its proposal.

“So consumers want affordability, they want choice and they want care when they need it,” she said. “Anything that the government is working on needs to focus around those key initiatives.”

As for why claims are being made that a no-fault system is not only on the table, but that it’s the insurance industry that wants it, both Hodgson and Power were mystified.

Power said any discussions around no-fault or full tort are really just taking the P&C industry into a direction that is away from the consumer. “If we just look at the core pieces that consumers want, we can build changes around that and that’s what our proposal intends to do,” Power said. “It offers consumers much more choice. It offers them more affordable product. And it enhances the care options that are in place now in Alberta to put them in line with the prevailing medical literature in the country.”

More News
Related
The impact of dire unemployment on P&C