NFP Corp. has concentrated almost exclusively in Ontario since it first entered into the Canadian property and casualty insurance space about two years ago, but expect that to change in the future.

NFP is looking to have “a bigger presence out west, a good presence in Quebec and to move out to the east coast also,” said NFP in Canada president Greg Padovani, who spoke with Canadian Underwriter Wednesday about the company’s acquisitions strategy and plans for the future. “Right now, the only out-of-province P&C operation is Dalton Timmis,” which has an office in Calgary. 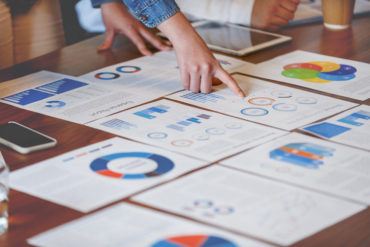 NFP is licensed in every province in territory, “but we are definitely looking to expand into other provinces,” Padovani said. At the top of the list is Alberta, then Quebec, eastern Canada (probably Nova Scotia and New Brunswick) and finally British Columbia.

What is NFP looking for when it is making an acquisition? “I would say more predominantly commercial brokers,” Padovani said. “Having said that, we have got a very, very large personal lines base, both retail and group, so anybody that had potentially a large group personal lines base would be of definite interest.”

NFP is also trying to concentrate on larger brokerages – a mid-market to larger brokerage as opposed to smaller, rural brokers. It is also looking at sophisticated brokerages that can offer risk management and loss control capabilities.

When NFP U.S. bought Dalton Timmis, there was an M&A strategy to expand into Canada on all lines of business, said Padovani, who estimates NFP in Canada offers a 75/25 split between P&C solutions and life, group benefit and retirement solutions. “Right now, the biggest opportunity for NFP Canada is to start to cross-sell our own clients.

“Acquisition is definitely not the flavour of the day, but it seems to be ramping up once again,” Padovani noted. On Monday, NFP announced its acquisition of Waterloo, Ont.-based Elective Benefit Services, a transaction that closed last June. Elective Benefit specializes in group benefits and retirement planning. In just the first week of 2020, there were a handful of other brokerage acquisitions.

Recent M&A deals go from smaller, merge-type operations to larger, acquisition-type opportunities. “They seem to be across the board… even at the company level with the recent acquisition of [The Guarantee Company of North America] by Intact. It doesn’t seem to be slowing down – it seems to be ramping up.”