Floods in late August in Windsor, Ont. resulted in more than $124 million in losses to the industry, Insurance Bureau of Canada suggested Monday. 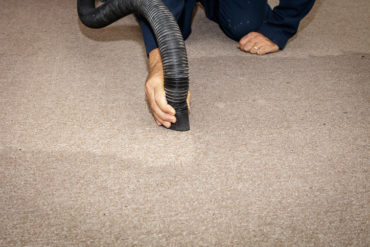 “From August 28 – 29, a slow-moving area of low pressure produced significant rainfall over areas of southwestern Ontario,” IBC stated in a release. “These rains, up to 290mm in some areas, brought major flooding to Windsor, Tecumseh, and other parts of Essex County.”

“The Windsor Airport broke a rainfall record, receiving 100mm of rain in a short period of time,” IBC stated. “Over 1,000 basements were reported flooded and water levels were waist-high in some areas.”

Insurance coverage for losses caused by that event was the subject of discussion during Question Period in the Ontario legislature.

Hatfield asked Municipal Affairs Minister Bill Mauro when the government will “update the coverage guidelines, especially for those who can no longer qualify for private insurance.”

Lisa Gretzky, NDP MPP for Windsor West, told the legislature Sept. 14 that many Windsor area homes “were flooded because of sewer backup,” and that either their own home insurance will not cover it “or they had their private insurance taken away from them after the last flood.”

Under the Disaster Recovery Assistance for Ontarians program, the province can reimburse homeowners, farmers, tenants, small companies and not-for-profit covering emergency expenses and costs to repair or replace essential property after a natural disaster. But it is not intended to replace private insurance.

“The municipality has responsibility when it comes to how we plan our communities,” Mauro told the legislature earlier, suggesting the Ontario government “has a role to play when it comes to infrastructure funding.”

Mauro added federal government also “has a role to play” through the National Disaster Mitigation Program.

“As a group, we need to look more closely at this, and perhaps over the coming years, programs may evolve,” Mauro said Sept. 21.