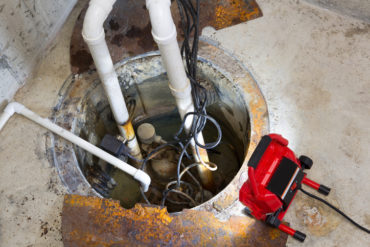 During question period at Queen’s Park, Mauro was asked Thursday by Percy Hatfield, the New Democratic Party municipal affairs critic, when the government will “update the coverage guidelines, especially for those who can no longer qualify for private insurance.”

Under the Disaster Recovery Assistance for Ontarians program, the government provides financial aid to homeowners, farmers, tenants, small companies and not-for-profit covering emergency expenses and costs to repair or replace essential property after a natural disaster. But it is not intended to replace private insurance.

“Flood insurance continues to remain either not available or unaffordable for Canadian property owners in areas with high flood exposure,” Balz Grollimund, head of underwriting for Canada and the English Caribbean at Swiss Re, told Canadian Underwriter earlier.

A Swiss Re assessment found that “9% of Canadian homes are located in a 100-year flood zone and can be considered at risk for severe flooding,” Grollimund told Canadian Underwriter in 2016. “For these homes, and especially the ones located within the 10- to 50-year flood zone, which affects 3% of all homes, flood insurance is either not available or the premium is preventively high.”

Hatfield told the legislature Thursday that Disaster Recovery Assistance for Ontarians does not cover sewer backup.

Mauro told MPs the federal government also “has a role to play” through the National Disaster Mitigation Program.

“As a group, we need to look more closely at this, and perhaps over the coming years, programs may evolve,” Mauro said, adding he has activated Ontario’s disaster assistance program “in multiple municipalities over the course of the last 15 months or so.”

After a rain storm Aug. 29, the City of Windsor reported that “sheer volume is overwhelming” its storm water management system.

At the time, The Canadian Press reported that some areas were hit with more than 200 millimetres of rain in less than 24 hours.

Many homes in the Windsor area “were flooded because of sewer backup,” Lisa Gretzky, NDP MPP for Windsor West, told the legislature Sept. 14.

“People in Windsor are angry and disappointed with the government’s response to the recent flooding disaster,” Hatfield – MPP for Windsor-Tecumseh – said Sept. 21.

But Mauro said the Disaster Recovery Assistance is “well regarded and in place is because it helps people to recover from disasters where there are events that have occurred for which there is no private insurance available.”

Overland flood insurance for residential properties was generally unavailable in Canada until 2015. That year, several insurers announced plans to expand coverage to include some overland flooding.

Aviva Canada was one of the first companies that announced overland flood coverage in 2015. However, Maz Moini, vice president of commercial lines and reinsurance at Aviva Canada, told Canadian Underwriter earlier that with some properties, the “actuarially sound premium” could exceed $10,000 a year.

At the 2015 National Insurance Conference of Canada (NICC) in Montreal, Insurance Bureau of Canada CEO Don Forgeron warned that new flood coverage on home policies “will likely not deal with all of the high-risk properties” in Canada.

Personal flood insurance should be “available to Canadians who need insurance,” and “must be affordable,” Insurance Brokers Association of Canada stated in its flood principles document, which it provided in 2016 to Canadian Underwriter. “There must be a partnership of the public and private sectors that is clearly understood by all.”

IBAC said at the time that government “should not be an insurer of first resort,” but the government should be available to provide a “backstop to catastrophes.”