Although the issue of sustainability in insurance is a relatively new concept in Canada, it is one that is gaining ground throughout the world, a speaker said on Wednesday at KPMG’s 25th Annual Insurance Conference. 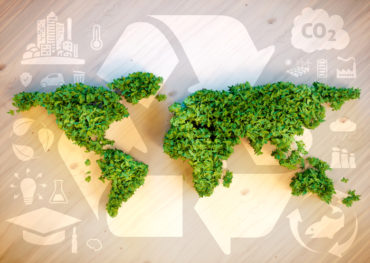 Houston Cheng, consulting actuary and senior manager at KPMG was speaking during the Trends in P&C session at the conference, held at the Metro Toronto Convention Centre. Cheng’s presentation focused on medium-term trends, including regulatory issues, actuarial modelling and sustainability.

During his presentation, Cheng told conference attendees about a recent Task Force on Climate-related Financial Disclosures (TCFD) from the Basel, Switzerland-based Financial Stability Board. Chaired by Michael Bloomberg, the goal of the TCFD is to develop voluntary, consistent climate-related financial risk disclosures for use by companies in providing information to investors, lenders, insurers and other stakeholders.

“The disclosures are meant to be voluntary, although companies all around the world are starting to realize the value of disclosing some of the non-financial risk in their financial statements,” Cheng reported, adding that the task force is currently putting together guidelines and recommendations on how to integrate and include these types of discussions in their financial statements.

A report on recommendations will be released on Dec. 14, followed by a 60-day public consultation period.

Cheng said that the task force is focusing on three main risks – physical, liability and transition. Physical relates to how climate is going to affect physical assets; liability relates to the financial implications of legislation to limit carbon emissions and potential liability from contributing or failing to act on climate change; and transitional refers to a risk during a transition phase from the current to the future carbon economy. 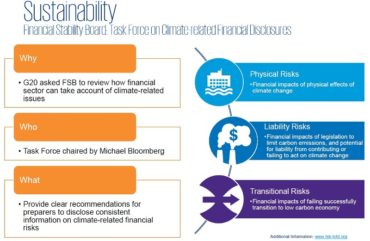 Another topic Cheng discussed was the United Nations’ Principles for Sustainable Insurance, which provides a framework for insurers to address environmental, social and governance (ESB) risks and the opportunities surrounding these risks. The main principle, Cheng said, is to embed in decision-making ESB issues relevant to the insurance business, such as claims management and underwriting. Currently, there are more than 80 insurers in the world that have signed onto the framework, including TD Insurance and The Co-operators in Canada.

Among the other medium-term trends discussed:

Regarding the last point, Cheng said that while actuaries have typically been good at analyzing data, “there’s new stuff coming in – new data technology, other sources of data – that even actuaries aren’t used to. We’re certainly seeing a lot of collaboration, both internally at KPMG and externally with our clients as well, that actuaries are actually working more with other professionals, such as data scientists, statisticians, engineers, just to look at data. We do expect to work more closely and more frequently with other professionals, to learn from them. They are going to bring a fresh lens in terms of looking at data and sources of data.”