The insurance industry as a whole needs to focus more on long-term issues, Neville Henderson, the assistant superintendent of the insurance supervision sector of the Office of the Superintendent of Financial Institutions (OSFI), suggested on Wednesday. 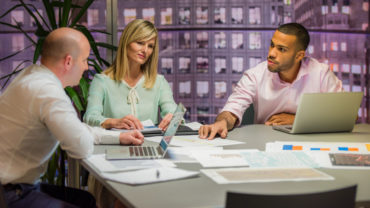 Speaking at KPMG’s 25th Annual Insurance Conference at the Metro Toronto Convention Centre, Henderson told attendees that the industry often focuses their efforts on profitability and satisfying shareholders, with a tendency to focus more on the short-term than the long-term.

“I think companies need a heavier focus on the long-term issues,” Henderson said during a session titled Regulation in a changing world. The long-term is changing so dramatically, he said, using the example that “we can no longer say that interest rates are cyclical. We are in a position where it looks like there is a structural change in interest rates and they will remain low for some time in the future.”

Or consider an earthquake in the Toronto-Montreal valley area that has significant cost impacts right across the industry. “The real issue of catastrophes in Canada is the size of the industry and its ability to take on a significant catastrophe,” he said during the session, moderated by Mary Trussell, global insurance change lead partner at KPMG in Canada. Looking long-term, “what could happen to the capital position if in fact some of these rather dire scenarios actually come to manifest?” Henderson asked.

Yet another example is ORSA, the Own Risk and Solvency Assessment, an insurer’s own assessment of its risks, capital needs and solvency position. “I’ve always thought that ORSA should have been developed by the industry, not by us,” Henderson argued. “That would indicate they’re really thinking a long ways out and we don’t see that happening. The profession needs to think much further out.” For example, “stress testing is important in the long run to see what’s going to happen 30 and 40 years out and what changes could happen and how it could affect the company’s capital position.”

Despite the challenges in the long-term approach, ORSA is improving considerably, Henderson reported. While OSFI doesn’t demand every ORSA report from companies, it does monitor the issue, he said, noting that “the ones we’ve seen are quite well done. It used to be they were very actuarial – full of tables – but now we’re actually seeing them written towards the audience.”

Henderson also touched upon insurers’ preparedness against cyberattacks, which he said is “kind of across the board,” with some companies pretty well-prepared and others less prepared. “The whole issue kind of took the industry by surprise.”

But the insurance industry, by and large, has addressed the cyber issue. Henderson said OSFI has asked companies to do a self-appraisal of where they stand with respect to cyber risk, and monitored the performance. “Some of them have been very progressive,” he added. “They actually invite outside groups of hackers in and don’t tell their internal people and say, ‘Go to it. Try to bring down our service.’”

While recognizing that there is not a lot of experience on which to base cyber premiums, OSFI does look at whether companies follow a generally accepted pricing practice and have conducted appropriate stress testing. “It’s important that they can see what happens to their capital position if things get out of whack,” Henderson said. “We want to make sure companies have put reasonable protection inside their policies so they don’t take on more risk on an individual case that they can afford to manage. Their risk policies should reflect how they are going to manage that business. In other words, if it gets too large a block or if there is too much risk, when do I pull the trigger and either slow down sales or stop sales until I figure out the problem and fix it?”

While risk assessments are helpful, the reality is that the insurance environment is constantly changing, as are the needs for insurance, Henderson said. “I think it’s healthy for insurance companies to innovate and address those risks,” he said. “I think it creates new markets. I think if we ignore those markets, the industry will become redundant.”