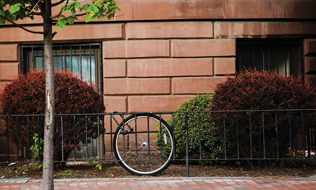 Bike thefts in six major Canadian cities increased 31 per cent between 2014 and 2015, Square One Insurance found.

Rates are rising because thieves can snatch bikes in a relatively short amount of time, easily ride them away and quickly sell them off to unsuspecting third parties.

Thefts generally peak in August and September, and bikes are returned to their rightful owners less than 13 per cent of the time.

“Consistent with what most police departments across Canada are reporting, we are seeing an increasing number of stolen bicycle claims,” says Daniel Mirkovic, president at Square One Insurance. “We predict the rate of stolen bicycles will continue to increase as bicycle lanes become more popular and more bikes are on the road.”