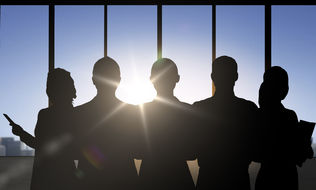 Although Gore Mutual Insurance Company has agreed to acquire Ontario-based regional brokerage Howard Noble Insurance Ltd., brokers will “categorically not” be told how much business to place with the insurer, says a senior executive with the insurer.

“Gore Mutual is going to have no involvement whatsoever in the operations of the brokerage,” says Paul Jackson, Gore Mutual’s vice president of sales, marketing and distribution in an interview with Canadian Insurance Top Broker. “So, the decisions [that are] made about the placement of business, individual customers, decisions around portfolios [and] which insurance companies the broker works with… are entirely within the brokerage.”

The insurer announced on Thursday that it is buying the brokerage, which has branches in Collingwood, Barrie and Alliston. It employs 42 people and produces $30 million in premiums.

To prove his point about the brokerage’s continued independence, Jackson refers to the appointment of Shelley Vermeersch, a 25-year Noble Insurance veteran, to the role of managing director for the brokerage. “From our perspective, [Vermeersch] is running that business, not us,” he says.

Gore Mutual, which only distributes its products through brokers, benefits when brokerages are financially successful, according to Jackson. This is why it chooses to invest in brokerages either through full ownership or through the purchase of some equity within an independent business. “That creates capital [for the insurer] to be able to invest in modernization,” he explains.

The insurer has specific plans for Noble Insurance, which include investing in improved technological systems that can be used in a customer-facing manner in order to engage those customers, says Jackson.

That feat will be connected to the development of an enhanced in-store experience, which is another key component of what Gore wants to accomplish through this acquisition. The goal is to create a branch setting that is an attractive and compelling place to spend time in, similar to what some big name retailers are able to do, says Jackson.

“Imagine Starbucks or the Apple store…you enjoy being in those spaces. You can buy a computer online, you can buy a coffee through a drive-thru but neither of those give you the experience that you get when you go to those stores,” he explains. “We see it as an opportunity for small business owners to create an experience within the office that is very unique.”

Noble Insurance is informing clients this week of the change in ownership. Although the legal owner may change, the face of the brokerage remains the same. Wayne Noble is retiring as the brokerage’s president but will maintain an office and remain active in the business “for as long as he likes as a sort of ambassador,” says Jackson.

And Noble is on board with the acquisition. “Gore Mutual is a great Canadian company with strong links to our community in Collingwood,” says Noble in a statement.

“The Gore Mutual Foundation has supported the General & Marine Hospital Foundation, the Georgian Triangle Hospice Foundation and My Friend’s House. They were our first insurance company contract in 1946, and I’m looking forward to seeing Noble Insurance grow in alliance with Gore Mutual,” he adds.