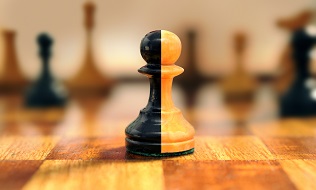 Following the completion of the transaction, Wardell’s Burlington, Ont. office and A.P. Reid’s office in nearby Waterdown, Ont. will merge into a new location to fit the growing team, A.P. Reid said Friday. The entire Wardell team are expected to remain with the newly merged office.

After assisting with the transition, business partners and Wardell owners Steve Pinnington and Bruce Russell will retire from the business.

The move is the latest step in A.P. Reid’s national strategic expansion plan. Since 2014, they have acquired Robert C. Davis Insurance in Ontario, and have made four acquisitions in Alberta, including commercial and specialty insurance broker Robinson Insurance.

A.P. Reid is planning other acquisitions across the country throughout 2019 and 2020.

Wardell Insurance is a personal and commercial lines insurance brokerage based in Burlington, with clients throughout Ontario. Its roots date back to 1922, operating originally from a dry goods store, where the insurance brokerage was started by Harry Wardell. Following Wardell’s retirement, he was succeeded by Murray Pettit and Steve Pinnington’s father, Jim, who manned the helm until 1999.

The Wardell team’s “expertise in high-touch services for their personal and commercial clients, with a special focus on VIP clientele, will integrate well with our commercial and group specialties,” said A.P. Reid president and CEO Jamie Reid.

“The breadth, longevity and fitness of the A.P. Reid national operation will enable our brokers to offer more choices and even better services to our clients,” added Pinnington and Russell.

A.P. Reid is part of the Storm Insurance Group, one of Canada’s national, multi-distribution insurance brokers. Established in 1980 and headquartered in Dartmouth, N.S, A.P. Reid has locations throughout Nova Scotia, New Brunswick, Quebec, Ontario and Alberta, and serves clients in all provinces and territories across Canada.